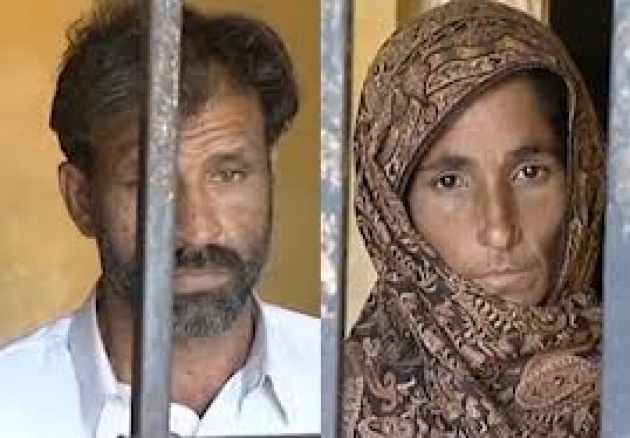 Anusha was a young woman from a remote village in the southern district of Kotli, in the Pakistan-administered Kashmir region. Anusha was out with her parents for some errands. At some point she allegedly "looked at a boy", an action often punished by close relatives because it brings dishonor upon the family. Later at home, her parents threw acid on her face, because her behavior brought "shame on her family". A glance at a boy on a motorcycle had deserved to have 60% of the surface of her body burned with acid. As a result of these burns, she died the following day, as another victim of "honor killing". Her life was taken away from her own parents, the very same people who more than anybody else in the world were supposed to protect her against any threat. Anusha was 15 years old.

I've been to the Kashmir region administered by India. Historically, these were the two halves of a united territory. Three wars between Pakistan and India have left this area wounded and divided, probably one the most militarized regions on the planet.

Sometimes tradition can take unimaginable turns in life, or, in cases like this, in death. Culturally, losing face is such an unbearable circumstance in countries such as Pakistan, Afghanistan and India - just to name a few - that anything can - and will - be done I order to restore reputation and bring honor back to the family. In these cultures many daughters are forced to cover their body in public with burqas, even in extreme heat conditions, which causes them to contract skin diseases. They are forced to marry whoever chosen by their family, no matter how young they are. They are forced to hide within the walls of their compounds, and can't get out unless accompanied by male members of their family. And even when they do, they have to walk straight ahead and restrain from looking at anybody, or acid will be thrown to their face by their very dear relatives.

I'd like to take a step back and reflect on what happened. We are not talking about radical groups executing their extreme policies, here. We know that the Talibans have been throwing acid to young Afghan women trying to get an education for years. And we know about their involvement in bombing those schools promoting education for girls in Afghanistan. Schooling in Afghanistan can be really dangerous for girls, and even though the government is investing in improving the security, the educational system in Afghanistan hasn't been able to fully protect its female population. This time, though, it's not about terrorists that we're talking about: it's about parents who murdered their daughter.

The process of modernization should help tradition change, but the road to fulfilling and granting women's rights in these countries is long and filled with obstacles. Social media have accelerated cultural change, but at a cost. It is true that the wide-spread opportunity to see the living conditions of other women in the rest of the world does help them find the courage to react and fight for their emancipation. However, this also exposes them to more risks of retaliation, and it may actually increase the chances of premature death, because it gives these young women the strength to speak out and rightfully claim what has always been kept away from them for centuries. The numbers show this trend, as the confirmed honor killings have gone up from last year. Even though global support is growing, for most part these women are still doing this alone. For this reason it makes their action even more heroic.