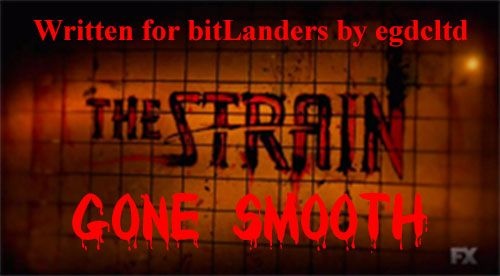 "Gone Smooth" is episode three of season one of The Strain, a vampire horror series based on the novels by Guillermo del Toro and Chuck Hogan. In this episode, Eph and Nora start coming on more indications that things are definitely not okay.

Eichorst is Putting On His Human Disguise

The episode starts with a mostly unseen figure dressing. There are such things as rather realistic looking ears and a nose on the dressing table. The figure appears to be bald and sits down at the dressing table. He is missing a nose and has what appears to be some sort of hole in his throat. His skin is also rather grey. The man puts on the false nose, a wig and a prosthetic that covers his throat, and some contacts. Then starts colouring the grey skin with flesh-toned makeup. Once complete, the man is clearly Eichorst. As he leaves the dressing table, Eichorst says, in German, 'Soon no more charade. To victory.'

At the Canary Team HQ, Nora, Eph and Jim are questioning Barnes. They had discovered that all of the bodies from the aeroplane in the morgue have gone and want to know where. Jim asks if it was the government that took them; Barnes says to him that they are the government and sometimes they can barely tie their own shoes. Another suggestion is the military, perhaps so that the bodies couldn't be autopsied. The bodies probably left of their own accord, but no-one is considering that corpses left by themselves. Yet. 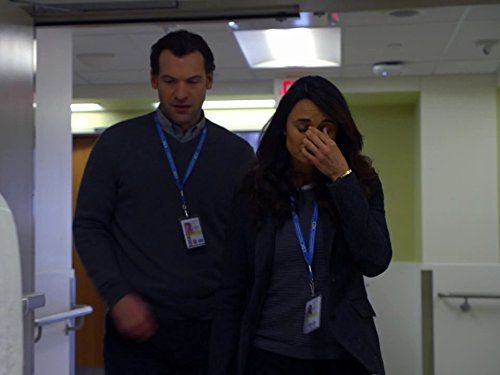 Eph tells Barnes that it's obvious the passengers didn't die of carbon monoxide poisoning (which leaves some very obvious markers) but Barnes says that it's not their mistake. Which appears to be what he's more concerned about. Eph tells Barnes that it's their responsibility, but Barnes tells him not any more. It's not about disease control any longer but damage control and the CDC is an interested observer, nothing more. As Barnes gets in the lift, Eph asks him why the military would leave four survivors. Jim is worried about what he did and phones his contact.

One of the 'Survivors' is Not Doing Well

In Brooklyn, one of the four survivors, Ansel is in bed when he is woken up by his dog. This is probably not going to be a good series for animals. Ansel is hearing voices and his eyes are bloodshot, and his gums are bloody. His wife, Anne-Marie, who seems to be a bit of a worrier (and she does have cause in this case) asks him how he is and whether he will have to go back to hospital, because he's sick and the doctors wanted to quarantine him. It doesn't sound as if she is capable of coping with such a prospect. There are also news vans camped outside their house.

Lots and Lots of Rat Calls

Vasiliy Fet, the pest control man, turns up at work and is greeted by a woman who works there, who looks as if she may have a thing for him. They have got a lot of calls regarding rats, a week's worth in under a day. His first job is to go to the home of a hedge fund manager, at the mayor's request. And Vasiliy's suggestion.

At St Sebastian's, Captain Redfern is under examination. It was discovered in the previous episode, "The Box", that he had worms moving under his skin; Eph calls them bloodworms but other than that no-one knows anything. Redfern is in a containment tube. Eph leaves to go to the custody hearing for his son and Nora says she wants to speak to the old man - Abraham - that they had arrested, because he knew things. 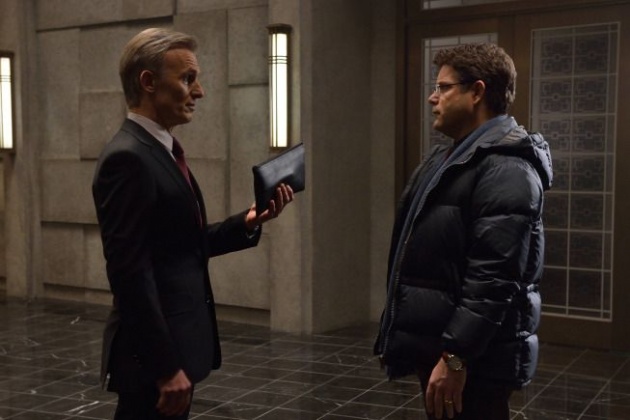 Jim is at the Stoneheart Group and is greeted by Eichorst, not the person he expected to see. Eichorst says that he has the rest of Jim's money for letting the box through. Jim is having second thoughts and mentions calling the police, but Eichorst talks about Jim's wife, who is sick with cancer - that's the reason Jim needed the money. Eichorst mentions a promising experimental treatment for the cancer that Jim's wife didn't get into the trial for, and says that could be changed. Because his company is the one developing the treatment. Jim is making a deal with the devil; he just doesn't know how big a devil yet.

Abraham is Before a Judge

Abraham is on trial and he's making out to the judge that he's old and things are not always clear, painting a sorry picture of himself. Nora is watching. The thing the judge has the biggest problem with is Abraham's sword cane, as he says it's a concealed weapon. Abraham claims that it's an antique piece that he uses for mobility only. It's got sentimental value and he promises to remove the blade and have it melted down. Which is probably a lie. The judge dismisses the case. 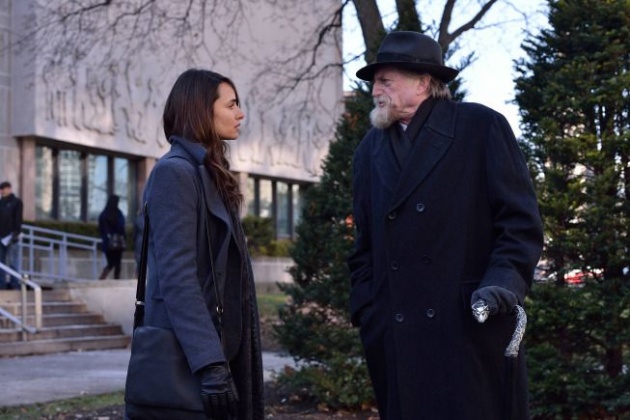 Afterwards, Nora approaches Abraham and asks how much of it was an act. Abraham mentions that the bodies from the plane have disappeared and Nora asks if he knows where they are. He replies that he knows where they are going. Abraham says that Nora isn't capable of doing what needs to be done. He asks if she has the passenger manifest, and tells her she needs to track down every last passenger and destroy their bodies as well as those of anyone they came in contact with. He won't explain more, saying that it's pointless as Nora isn't ready. Which she isn't. 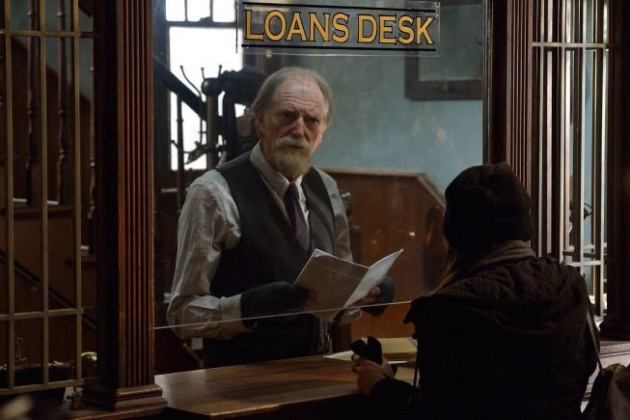 Eph's custody hearing with Zack doesn't go well. Eph wanted Zack to ask for joint custody but Zack tells the judge that his father visiting one or two weekends a month would be best for his dad, who has a really important job. Eph is upset that his son doesn't realise he's the most important thing in Eph's life but, well, show not say.

Eph is at Gary Arnot's

Afterwards, Eph goes to the home of Gary Arnot, who called Eph to say that his daughter Emma was alive and had come home. Arnot's door isn't locked and, when inside, Eph finds the pin the stewardess gave to Emma in "Night Zero". Which Eph knows was on her body. In the bathroom, Eph finds the bath contains bloody water and hair. It doesn't contain Emma, or her father who she killed. 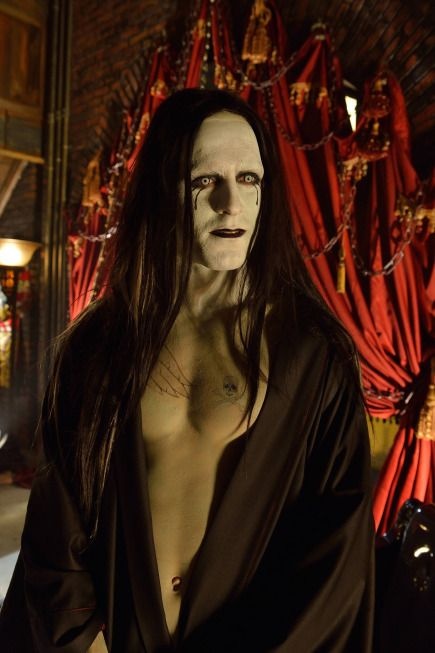 Getting Close to Ready

Vasiliy, after his first job, sees many, many rats behaving in a way that is definitely not normal. Of the four survivors, all are having problems - and one of them is probably related to the title - it's just that Redfern's seem more advanced. Or perhaps different. By the end of the episode, Nora may be a lot more close to ready to hear what Abraham has to say.