The Strain - The Box 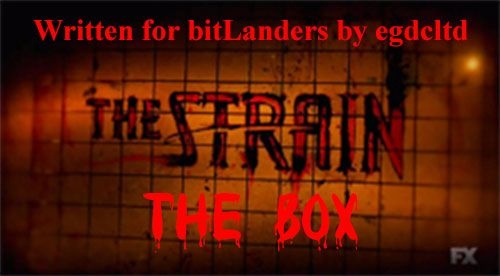 "The Box" is episode two of season one of The Strain, a vampire horror series based on the novels by Guillermo del Toro and Chuck Hogan. In this episode, a quarantine of the airport is refused and things start getting worse.

In the previous episode, "Night Zero", a plane had landed at JFK in New York and went silent. When the CDC boarded it, everyone aboard was dead. Then four survivors were found. Also on the plane was a really big box full of soil, one that looked like a coffin, and there were some strange worms discovered. The coffin disappeared, taken away by a speedy blur, and Gus Elizalde left the airport with a van containing it. The chief CDC doctor on scene, Ephraim 'Eph' Goodweather, had put the airport on lockdown, but his assistant, Jim, had let the van through, saying it was one of theirs. Gus had a card given to him by a strange man, Eichorst, who is working for - although perhaps that's not the right time - a rich, and dying by the looks of it, man, Eldritch Palmer. It looks like Jim had been compromised in some way. 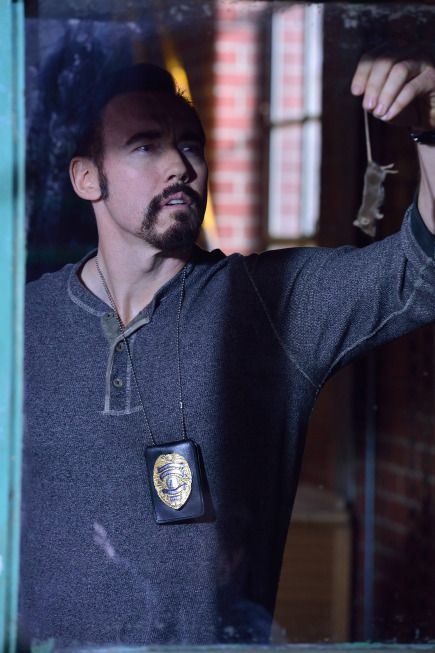 He Has Some Killing to Do

The episode opens in Red Hook and a man, Russian by the sounds of it, is collecting various tools and what look like they may be weapons. He lets a cat in, and the cat has brought a dead mouse. The man congratulates the cat, and says that he has some killing to do too.

Gus Drops Off the Box

Gus drives the van into an underground garage that needed a pass to access. He parks up and calls out for Eichorst, but there is no answer. Gus opens the van and looks at the box, but when the box starts moving, he bolts and leaves the garage. It turns out that Gus' brother is the one who tried stealing from Abraham. 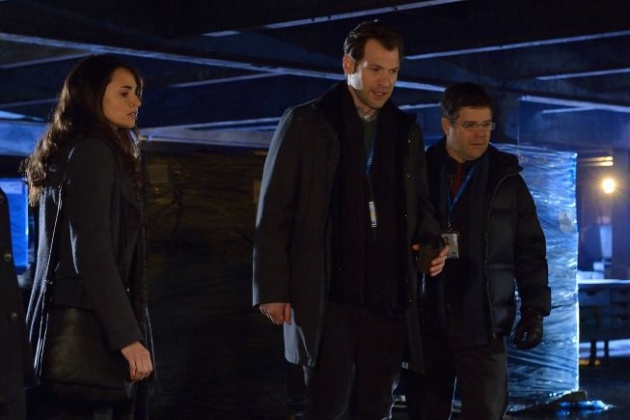 At JFK Eph, Nora and Jim are shown the remains of one of the air traffic controllers, Bishop, who was attacked by something big, something that looks like it also took the box. After the thing sucked Bishop's blood out of him, it then smashed his head into mush. Which is not easy. When there's a mention of an infectious agent, Jim says, rather quickly, that there's no proof of that. He may be feeling guilty about having perhaps let something infected through the roadblock. There is more ammonia-scented residue, as was on the plane, and Eph says it's guano. Or tick excrement. Ticks feed on blood, so that could be a very accurate description.

Eph then discovers that his superior, Barnes, has let the four survivors go, so Eph and Nora go to stop them. One of the survivors says, a lawyer, Joan Luss, says that what caused the deaths is all over the news, carbon monoxide poisoning caused by the airline's chief executive cutting corners. Eph is still not going to let them leave under the Health Powers Act, so the lawyer starts contacting people. Eichorst tells Palmer that the airport being closed could be a problem, but Palmer says he will deal with it. 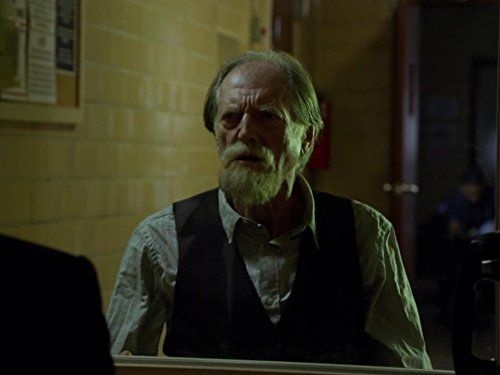 Abraham Setrakian, one of the few people who looks to really know what's going on, was arrested at the airport when he tried to speak to Eph - and that was without telling him the really crazy stuff. He is in lockup and told that his lawyer is there to see him. Abraham replies that he doesn't have a lawyer. The lawyer is Eichorst, and the two know each other. Eichorst only addresses Abraham as number that is tattooed on his arm, or as 'Jew.' Given that Abraham says that Eichorst hasn't changed a bit, his German accent and his behaviour, it seems likely that Eichorst was a Nazi. During World War II. Who hasn't aged. And who also enjoys taunting Abraham.

The Airport Will Not Be Quarantined

Eph is informed by Barnes and Pierson that the matter is carbon monoxide poisoning, which makes it an NTSB case not a CDC one. They do not want to quarantine the airport either, because it will cost too much money. Barnes tells Eph that he is taking a few days off. This is something they are definitely going to regret.

Everyone at the CME's Office is Probably Dead

Eph is still looking into things but can't get an answer from Dr Bennett. Or anyone else at the Chief Medical Examiner's office. Given that the dead from the plane got up and attacked Bennett as he discovered some strange worms. Worms that seem to like blood, and then at least one of the dead returned home, it seems likely that no-one is answering at the coroner's because they are all dead. 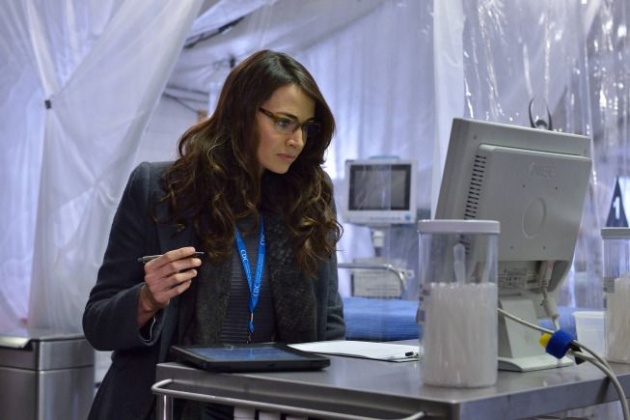 Captain Redfern, the pilot of the plane, agrees to speak to Eph. He knew about the missing box; it was delivered by four officials in suits in a government van. Redfern says that they have carried government stuff before. Redfern clearly doesn't look 100%, so Eph gives him the name of a doctor who will check him out privately as a favour to Eph. Redfern would have preferred a quarantine.

Two of the 'Survivors' Are Already Displaying Problems

The Russian man from earlier turns up at a restaurant; it seems he works for the health department. The owner of the restaurant assumes it's a shakedown, but the man is having nothing of it. He won't accept a bribe either, and shuts the restaurant down. At the same place are two of the survivors from the plane, the lawyer, Luss, and the singer. Or whatever he is. Neither of them are doing as well as might be thought, even if they aren't admitting it yet. 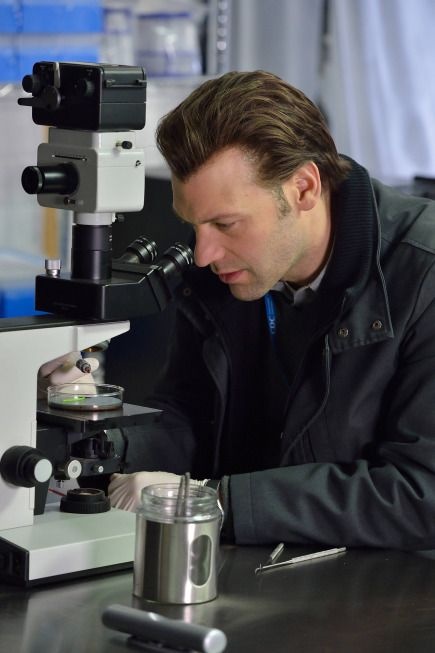 Eph and Nora examine the worms and discover their taste for blood. Eph's soon-to-be-ex wife asks about the case and, when he says that the carbon monoxide story is rubbish and he doesn't actually know what it is, says that's scary. Whatever their problems, Kelly does know that Eph is good at his job. Eph is also an alcoholic and is in therapy and going to meetings.

Things are starting to go very badly wrong, and at least some of it would have been prevented by shutting the airport. The four survivors are perhaps nothing of the sort.

The Strain - The Box Trailer