You're invited! E-book on Afghanistan free this weekend!

The first time I went to Afghanistan as a 19-year-old American college student, I fell in love. Even though I lived in a neighborhood of Kabul that had been destroyed during the years of civil war in the early 90's and reminders of country's troubled decades were everywhere, I was deeply drawn to the resilience, generosity, and creativity of the Afghan people I met, lived, and worked with during that transformational year. That was in 2003-2004.

Years later, I returned to Afghanistan to serve there as an Air Force officer, and spent two years deployed trying to help bridge the gap between the military establishment and the regular citizens just outside the enormous walls. While in some ways it seemed so simple to connect, build relationships, and listen. But there were so many obstacles do doing just that.

I had learned so much from spending most of my days "outside the wire" with Afghans from many walks of life, including civil society activists, students, journalists, teachers, and artists. And I felt that the U.S. and the international community were making big mistakes in the ways that they were approaching the relationship with Afghanistan, especially setting arbitrary deadlines for leaving.

Meanwhile, there was so much potential for building on the progress of the last 12 years, despite the many mistakes that have been made.

That's why I wrote "Hearts for Sale! A Buyer's Guide to Winning in Afghanistan." It's a short book and a humble offering, but one that I hope can help change a few perspectives.

This weekend, from 20-22 September, we're offering the electronic version of the book as a FREE gift and would love it to reach as many people as possible. I'd be honored if you'd check it out and share with others! Thank you for reading! Find it on Amazon here: http://goo.gl/yFyjj 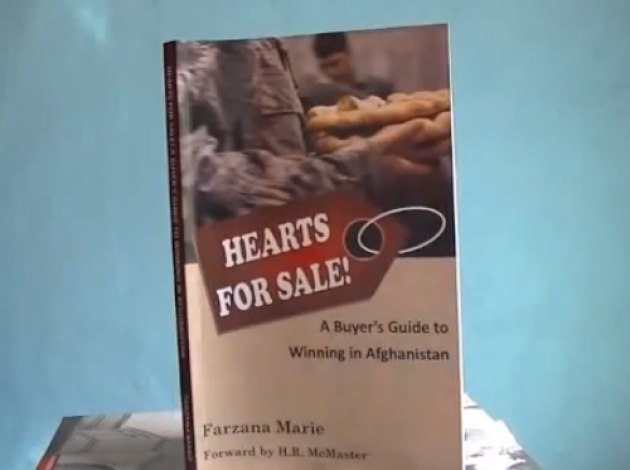 Farzana Marie works with the nonprofit Civil Vision International to connect, inform, and inspire citizens for global peace, freedom, and stability. Right now CVI is focused on Afghanistan: highlighting the work and ideas of visionary Afghans and building a global network of citizens who envision a bright future for a…