Bones - The Eye in the Sky 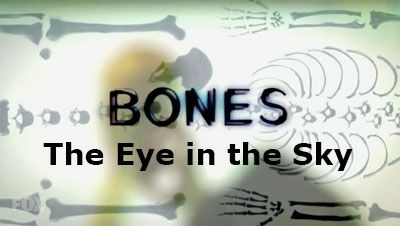 "The Eye in the Sky" is episode fifteen of season ten of Bones, the forensic drama television series loosely based on the novels and life of anthropologist Kathy Reichs. In this episode, Brennan discovers she's pregnant and a dead gambler draw Booth into a poker game.

If You're Pregnant, You Can't Go to the Crime Scene

Brennan is checking to see if she is pregnant and is being very calm about the whole matter. Booth is not; he says he knew that cookies weren't the only reason why Brennan was putting on weight. Booth gets a call about a body in an industrial shredder and says that Brennan can head straight to the lab and that Cam can take an intern to the crime scene. Brennan says that she is going to the crime scene, but Booth believes there are too many chemicals there if she's pregnant. Which, going by Brennan's sudden scream, she is. This means she can keep eating cookies. Brennan doesn't want to tell anyone yet, and Booth insists that she isn't going to the crime scene.

At the lab, Cam is going to see Hodgins when there is a smash of something breaking, followed by him rushing out of the door repeating the word 'No,' and a biohazard shutter comes down. Hodgins tells Cam that he needs another 20 $150 beakers and Cam questions him as to whether what he is doing is for the Jeffersonian. Which it isn't. So Cam asks Hodgins to do his experiments at home. When Cam gets around to why she had actually come to see him - they need to dig a body out of an industrial shredder - Hodgins is pleased. He thought Cam wanted him for something bad. Hodgins considers dragging human remains out of an industrial shredder to be fun. 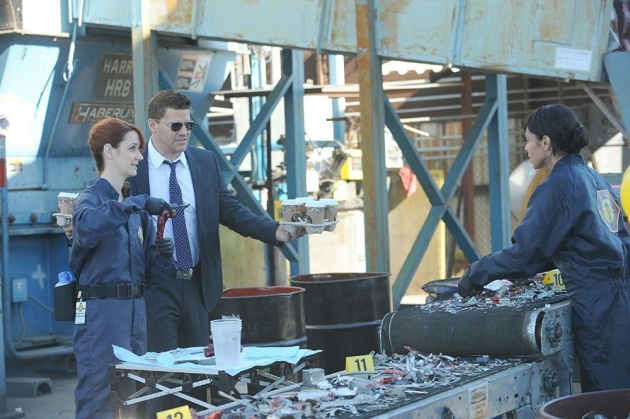 Booth is Being So Nice Hodgins Gets Creeped Out

Ms. Warren is the intern who accompanies Cam and then Booth turns up with lots and lots of coffee for everyone. And he's being extremely complimentary. So much so that Hodgins starts getting creeped out. The victim was dead when he was dumped into the shredder, fortunately for him, but the skull has no chin, cheeks or brow. Which Cam says is going to make it difficult for Angela to reconstruct the victim's face. Hodgins has found something that he believes will help Angela recreate the victim's face - it's the victim's actual face. 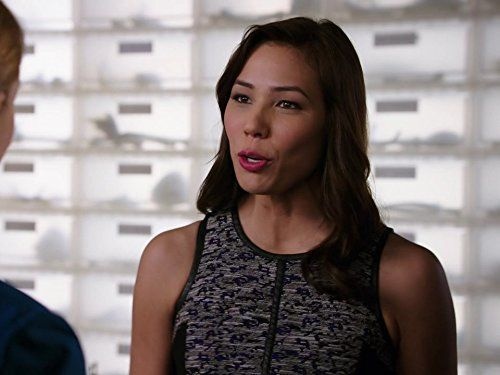 The victim died recently so probably hasn't been recorded missing as yet. At the lab, Brennan is also unusually cheerful and complimentary, which gets noticed. When Ms. Warren goes with a vibe, Brennan takes it as being a hypothesis. The victim had bone damage usually seen in the old, but he was young, so Jessica suggests a mover. Angela has figured out that something is up and confirms that Brennan is pregnant. The victim is identified as a Jeff Dover, and the woman running the removal company where he worked tells Aubrey that he got into an argument with another employee. 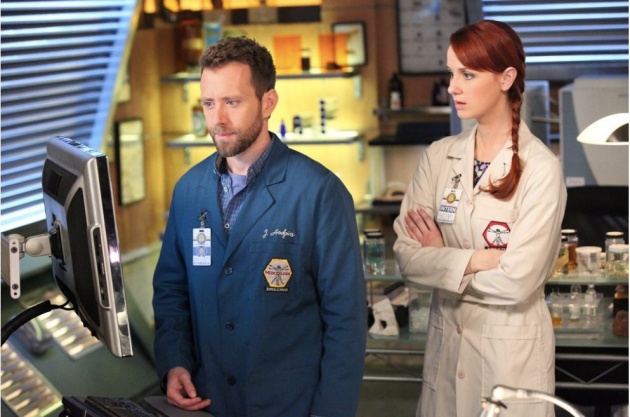 At the lab, Jessica asks Hodgins how many things he has broken. Which turns out to be a lot. She suggests that he invent an unbreakable beaker. Cam points out that there are plastic beakers, but there are problems with such. Hodgins gets inspired and spends some time working on this idea. At home, as Cam said. According to Angela, Dover's phone was filled with poker apps. A lot of them. Far more than normal.

According to Dustin West, the other employee that Dover got into a fight with, Dover owed him money. Both are gamblers, but West only did small stakes games between friends. Dover played high stakes games, and West had bankrolled him to the tune of $10K, which he needed back. Hence the argument. The night that Dover died, he had told West that he had won $28K. Only there was no money found on the body. All the other players of the underground game are therefore suspects.

Brennan is Concerned About Booth Being Around Gambling

In the diner Booth tells Brennan that when he was gambling, he gambled on anything. She is concerned about him being involved in the case, as it might trigger a relapse, but Booth insists he will be fine. Booth's old bookie joins them, because Booth wants his help getting into the poker game. The bookie is uncertain about the wisdom of this, but Booth says he needs to see the other players' tells. 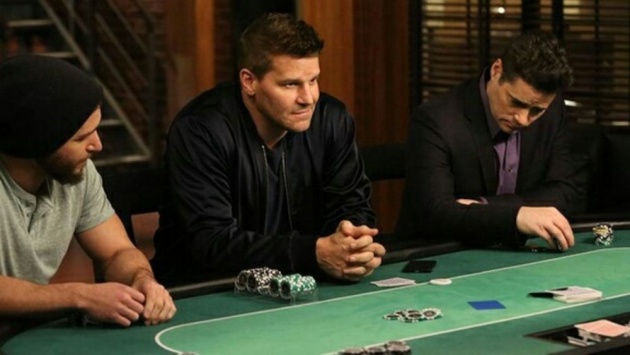 Booth Insists He Will Be Fine

The victim also had a sobriety chip from Gambler Anonymous on him when he died. Aubrey also believes that Booth shouldn't join the game, but he continues to insist he will be fine. The game in question has cameras, the titular eyes in the sky, so they should have recorded the game Dover won big in.

Everyone is Concerned About Booth Being in a Poker Game

Booth's playing in the game is a concern to everyone, especially as he does seem to be getting excited by it. And playing for longer than is needed. Is everyone right to be worried, and is Booth going to relapse?

Bones - The Eye in the Sky Trailer