Bones - The Putter in the Rough 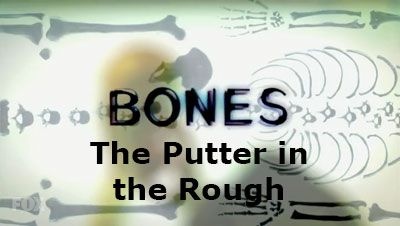 "The Putter in the Rough" is episode fourteen of season ten of Bones, the forensic drama television series loosely based on the novels and life of anthropologist Kathy Reichs. In this episode, the body of a champion minigolfer is found thrown off a parking garage.

Changing Your Mind About Suicide

A man drives into a parking garage and gets out of his car. He is leaving a message for his wife, saying that he doesn't care anymore and that it's all on her head. The man climbs onto the railing to jump but glances down first and sees a body below. At which point he panics and changes his mind, but slips and nearly falls anyway.

Brennan is talking to Max at home. He had plans with Christine but has cancelled them at the last minute. Max says that he has to go out of town but will be back in a couple of days. He isn't giving a complete answer as to what he is actually going to be doing out of town, and says that he can't give another answer. Brennan isn't happy that Max is keeping secrets again and asks if he is in trouble. Max claims that he isn't, then Brennan gets a call about the body.

Wendell Decides to 'Clean' a Clock

Wendell is at Andie's, the nurse he started dating in "The Mutilation of the Master Manipulator". The time is mentioned, and Wendell points to a clock on the mantelpiece, but Andie says that doesn't show the right time. Andie says that it was her grandmother's, and she has meant to get it cleaned, and that she loves it. When Andie goes out of the room, Wendell starts winding the clock up. Which of course leads to the expected result - breaking noises. When Andie comes back in, Wendell says that he is going to take the clock to be cleaned.

Put a Tracker on Max

In the car with Booth, Brennan is not being her normal talkative self. So Booth asks her what's going on and she explains about Max. Booth says that it could have a perfectly innocent explanation; when Brennan asks him if that's true, Booth admits he doesn't believe that. So he offers to put a tracker on Max. Which Brennan thinks is a great idea. 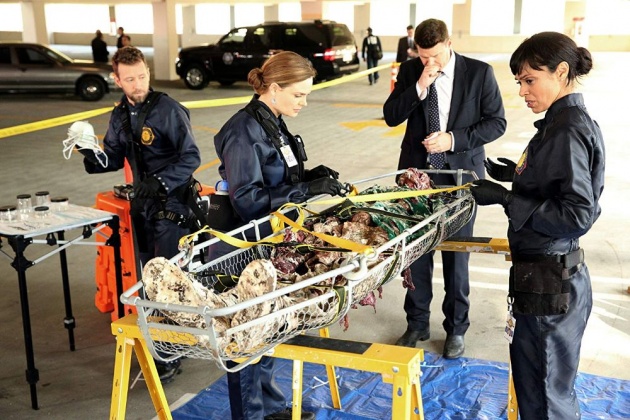 Playing with a Super Winch

At the crime scene, Hodgins is getting to play with his new super winch to hoist the body up. The body is covered with bird guano, so Hodgins tells everyone to put on masks as it is dangerous stuff. Booth is surprised by this but, instead of putting on a mask, he gets away from the body. According to Hodgins, the body has been dead 7-8 days. Booth finds blood where the body was thrown over the rail and Hodgins decides to use his new toy to take a look itself. Naturally, the winch sticks, leaving him dangling in mid air.

The guano is eating away the bones and the victim shows symptoms of carpal tunnel syndrome. There's a bullet wound in the back of the head and the front is missing, suggesting a rifle shot. Which Wendell suggests could be cause of death.

Aubrey tells Booth that the victim was taking beta blockers according to Cam, and Booth suggests that he was a contract killer. Snipers take beta blockers to steady their hands and the contract killing would use a repetitive motion resulting in carpal tunnel. The victim lacked a mobile but had a notebook with some numbers in code on it.

No, He Was a Minigolfer

The victim had some very rare fractures which, together with the other known information, means that Angela is able to identify the victim as a Troy Carter, reported missing the previous week by his brother. Aubrey meets with the brother, Jake, and says they know that Troy was a marksman. Which he wasn't; he was a professional golfer. Troy took the beta blockers to improve his game, which Jake thought might be against the rules. Aubrey agrees that the PGA wouldn't like it, but Troy wasn't that sort of golfer. He was a minigolfer. Now that Troy was making a bit of money, he was quitting the landscaping business.

In It For the Glamour

Aubrey is a bit stunned to hear that there is money in minigolf, but Jake says that there isn't as much in it as there is in landscaping, but Troy was in it for the glamour. Aubrey is also stunned to find that minigolf could be considered to be glamorous. Jake said that the other minigolfers might have killed Troy, because they were practicing for the Masters. Aubrey's amazement continues. The Mini Masters is being held that week, with a $2K purse, at Sammy's Tropical Tiki. Troy's home course. Jake says that he could have won. 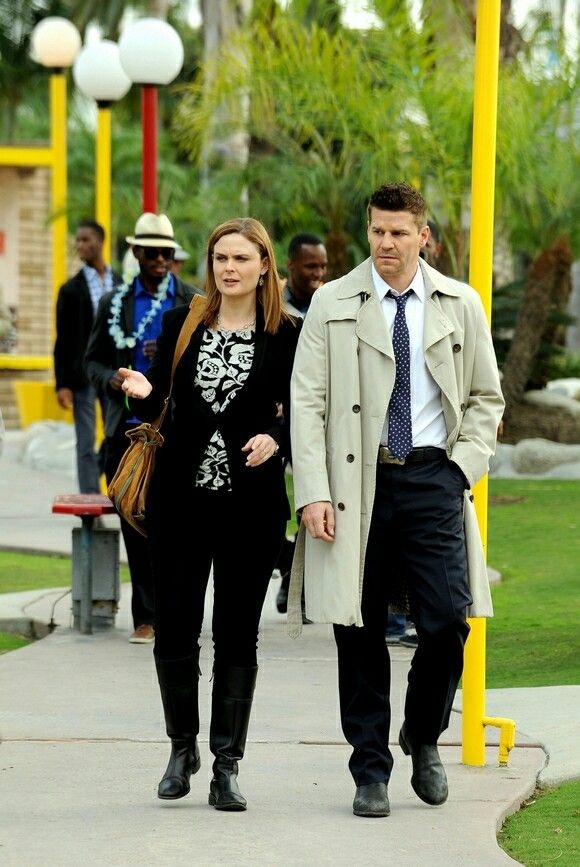 Would a Minigolfer Commit Murder?

At the course, Booth questions whether anyone could take the game seriously enough to commit murder. At which point one of the people there starts attacking a tiki god with a putter. Which, as Brennan points out, answers that question. On announcing Troy's death to the other competitors, they largely want Booth to get off the course. 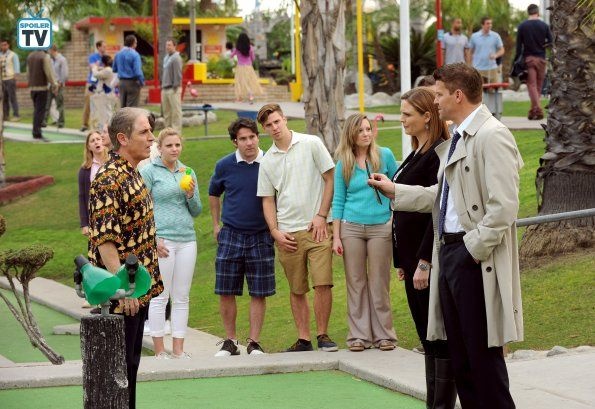 Killed on the Course

Sammy says that he put a lot of time and money into developing Troy's career. The money came from his wife, Lori, from her modelling. Booth is surprised that she's a model - she also appears to not be the sharpest knife in the drawer - but Brennan realises that Lori is a hand model. Sammy says that another minigolfer, Winston Scruggs, he nearly was a professional golfer, had problems with Troy. He also has a notebook with the same sort of code as Troy's; it's physics for the holes. Winston, rather condescendingly, tells Brennan that the whole game is about physics. So she gets a hole in one. Blood show that Troy was killed on the course. The question is by who? There are a number of viable suspects. 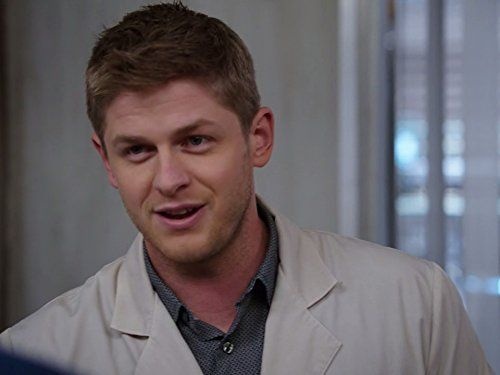 'Fixing' the Clock and What Max is Doing

Wendell asks for Hodgins' help with the broken clock, because the jewellers want $500 just to open it up. Hodgins agrees, and starts taking the back off. He asks Wendell to take a photo of the inside when he does so that they know how to put it back together. Of course, exactly what you'd expect to happen does - the second the back is removed, bits of clock mechanism launch out of it. Brennan is also concerned about what Max is doing; there is an explanation. Perhaps not quite an innocent one, but a good one. Booth is, as usual, more willing to listen.

Bones - The Putter in the Rough Trailer