Bones - The Heiress in the Hill 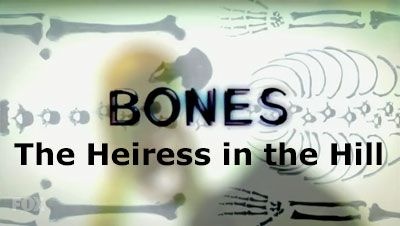 "The Heiress in the Hill" is episode fifteen of season nine of Bones, the forensic drama television series loosely based on the novels and life of anthropologist Kathy Reichs. In this episode, the body of a kidnapped heiress is discovered buried in lye and Hodgins finds out that he has a brother.

Brennan is looking out the window at a storm. Booth says that Christine will probably need a boat; Brennan suggests an ark. Referring to the myth of Noah, as she describes it. Booth finds a cheque that Brennan has misplaced and she asks him to put it in the bank for her. They don't have a joint account, so Booth says he can't do that. So Brennan endorses the cheque over to him. It's for $75,000, which is more than Booth makes in a year. So, he's a bit uncomfortable about Brennan's money - again.

Angela is talking to Hodgins about an extension on their home, and he says that he will get one - when he robs a bank. Then a Dr. Lawrence Rozran (Robert Picardo, known for his portrayal of the Emergency Medical Hologram in Star Trek: Voyager, but he appeared in the Stargate franchise as well) from the Sandalwood Home, an in-patient mental care facility, approaches them. Hodgins is the sole survivor of the Cantilever Group (the family company that Christopher Pelant destroyed in "The Corpse in the Canopy"), and it's about Hodgins' brother. His expenses haven't been paid in some time. Hodgins says that he doesn't have a brother, that he was an only child, and Dr. Rozran apologises for the mix-up. Although he knows quite a bit of personal information.

Bringing a Chunk of Hill into the Lab

Cam has a large chunk of hill wheeled into the lab, with some skeletal legs poking out of the side of it. The GPR isn't registering any more remains, so perhaps there's something stopping it. So the hill needs excavating. One of the feet has a toe removed, which Mr. Fisher says was done prior to death.

Buried in Lye to Destroy the Remains

During the excavation of the remains, Hodgins comes across something and Cam calls a halt, saying that she's seen this before in New York in gang hits. The body has been buried in lye, which will eat up the bones, and the mud and water will accelerate the process. So Hodgins sprays the remains in vinegar to neutralise the lye. The remains are those of a young woman, dead for one to two days, and the teeth have been broken, presumably to impair identifying the victim.

Sweets says to Booth that it could have been a mob hit and, when he says the victim was female and too young, Sweets says that's sexist and young woman can become involved in organised crime. Booth is not impressed by progress in this case. Sweets can also see that Booth is upset about something - the money of course. Which crops up a few more times in the episode. 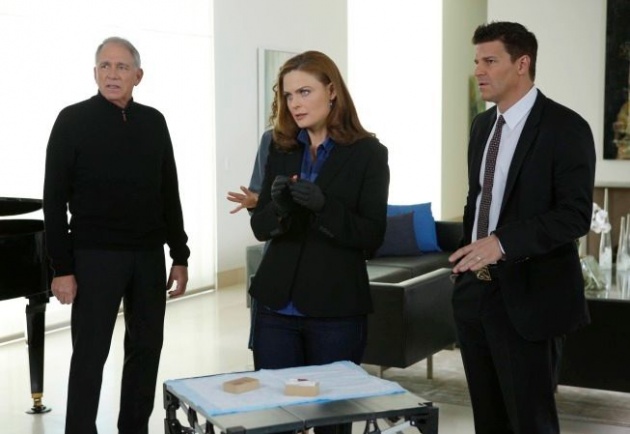 The victim's head was repeatedly smashed onto a hard substance, but this didn't kill her. Enough DNA was recovered to ID the body as a Lauren Frank, who lives at home with her multimillionaire father and her stepmother. The father, and his much younger wife, come in, asking if they've found Lauren. It seems that Lauren was kidnapped and a package containing her toe was left outside their home. Whilst the father is with the FBI, he gets another text message from the kidnappers, who, it seems, are still after the money. 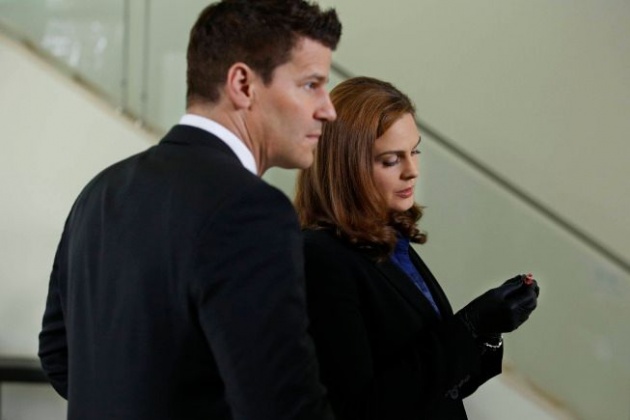 Lauren did not like her stepmother at all, and apparently had a pretty messed up home life. There's a twist to the story, but one that can easily be seen coming. 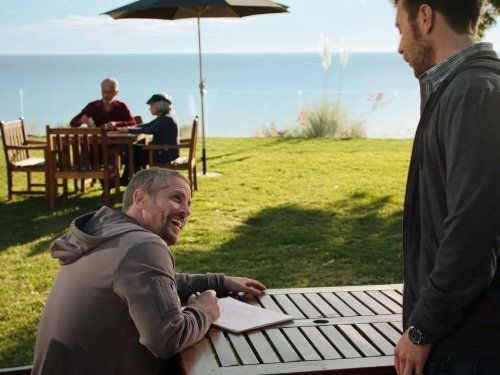 Yes, Hodgins Does Have a Brother

It turns out that Hodgins does have a brother, and he was sent to the Sandalwood Home over 30 years ago, when Hodgins was born. The brother, Jeffrey, is apparently reasonably okay when he's on his meds, but is potentially violent. He has some similarities to Hodgins, when it comes to thinking, but with an unfortunate added degree of mental disorder. The home he is in is expensive, so it looks like he will need moving to a state facility.

Bones - The Heiress in the Hill Trailer