Bones - The Purging in the Pundit 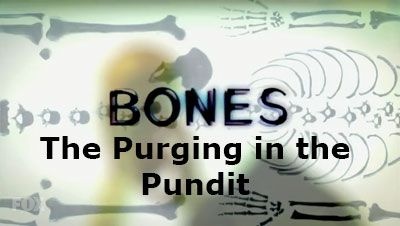 "The Purging in the Pundit" is episode three of season ten of Bones, the forensic drama television series loosely based on the novels and life of anthropologist Kathy Reichs. In this episode the body of an objectionable radio talk show host is found stuffed into a storm drain.

Two high school girls are making their way through a rather run down area. One is comparing it to the film  Planet of the Apes; the other is saying that this can be used to spice up their college applications. They see a pair of legs sticking out of a storm drain. The legs are still twitching, so the girls say that they will help get him unstuck. So they pull the legs and the man is freed from the storm drain. Unfortunately, the top half of his body has been eaten; the twitching was caused by the weasels that were eating the man. After a surprisingly short bout of screaming, the girl who was unsure turns to the other and says she was right - this will make an awesome college essay.

Booth and Brennan are at home and Brennan is concerned, because Booth is not sleeping. She says he's been through a lot, and that what she went through wasn't nearly as much. Brennan - who has never said many complimentary things about psychology - tells Booth that Sweets would say he has avoidance issues. Booth is claiming he is fine and is going to make pancakes when his phone rings about the body. 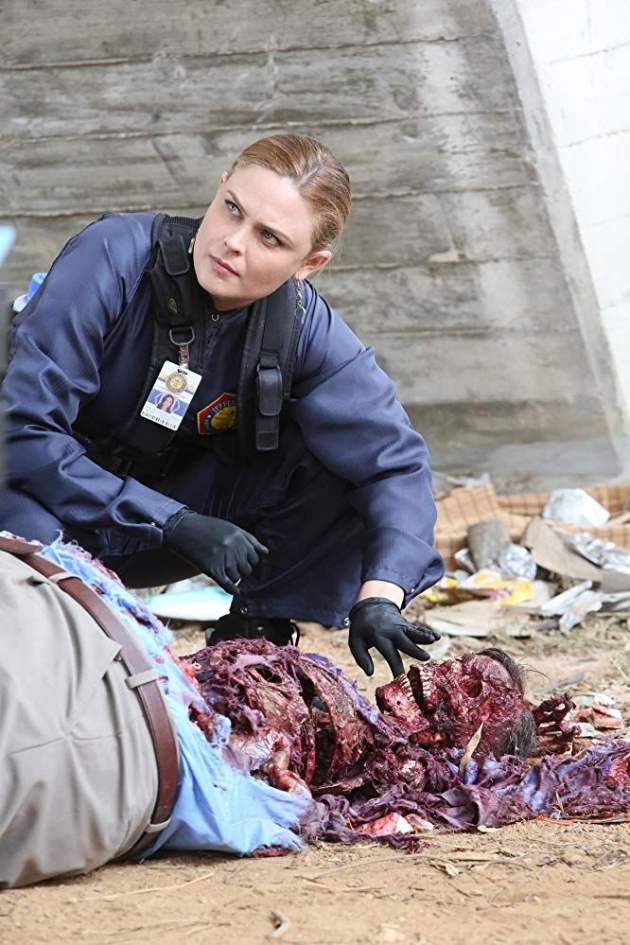 The Worst Thing Aubrey Has Seen - So Far

At the scene, Special Agent Aubrey turns up - supposedly because he was passing. When Aubrey sees the body he says it's the worst thing he's ever seen. Cam rates it at only a 7.5; Booth a mere 6 - floaters are much worse. The man was obese (well, half of him still is) and is wearing expensive clothing and shoes. The shoes are clean, showing that this is a body dump. According to Hodgins, the victim has been dead for around three days. The weasels have also used parts of the body to enhance their lair. 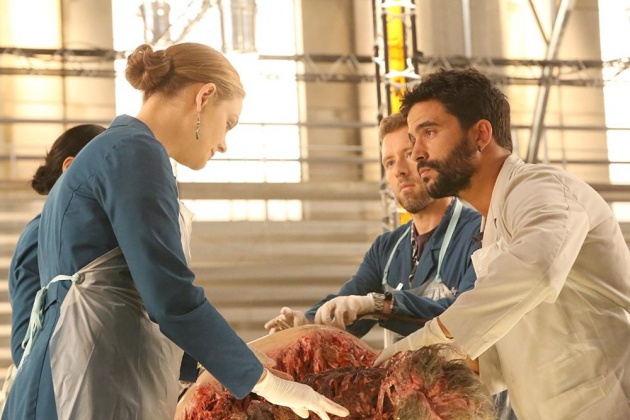 Dr. Rodolfo Fuentes is back as an intern, and he first mentions Sweets. Brennan says that Booth finds it odd, but she finds relief in analysing remains. Dr. Fuentes says he agrees - Booth is right. When Angela does a facial reconstruction, the man is identified as an extreme right wing radio talk show host called Hutch Whitehouse. Hodgins says Hutch was both angry and ignorant, which is a lethal combination. It's pointed out that it certainly was in this case.

Aubrey wants in on the case, and tells Booth so in the latter's office, as Booth is putting his things back. Booth is definitely having trust issues, and isn't willing to consider this, something that crops up a few times until Brennan finally confronts him over it. Hutch's wife says that she was away when he went missing, and that they were living separate lives. Not in the process of getting divorced; they simply believed in different things for much of the time.

Perhaps Not as Angry as Thought

She will get $30 million from Hutch's death, but she tells Booth to speak to Hutch's co-host, and on-air punching bag, Alan Spaziano, and producer, Bob Gordon, as half the people who listened to Hutch's show wanted him dead. They kept a list of the crazies, for insurance purposes. Also that Hutch didn't believe half of what he said.

It's Easier to Make Up Evidence

Hutch showed signs of strangulation and physical abuse at his time of death, yet he also appeared to enjoy it. Dr. Fuentes says that he saw similar signs of abuse in Cuba (and later mentions that it's easier when you can simply make up the evidence).

A Suspect, But He's an Idiot

The biggest crazy threatening Hutch was a white supremacist, someone so extremely right wing he felt Hutch wasn't going far enough. He admits to the murder, but he's clearly an idiot and didn't do it. A dangerous idiot though. 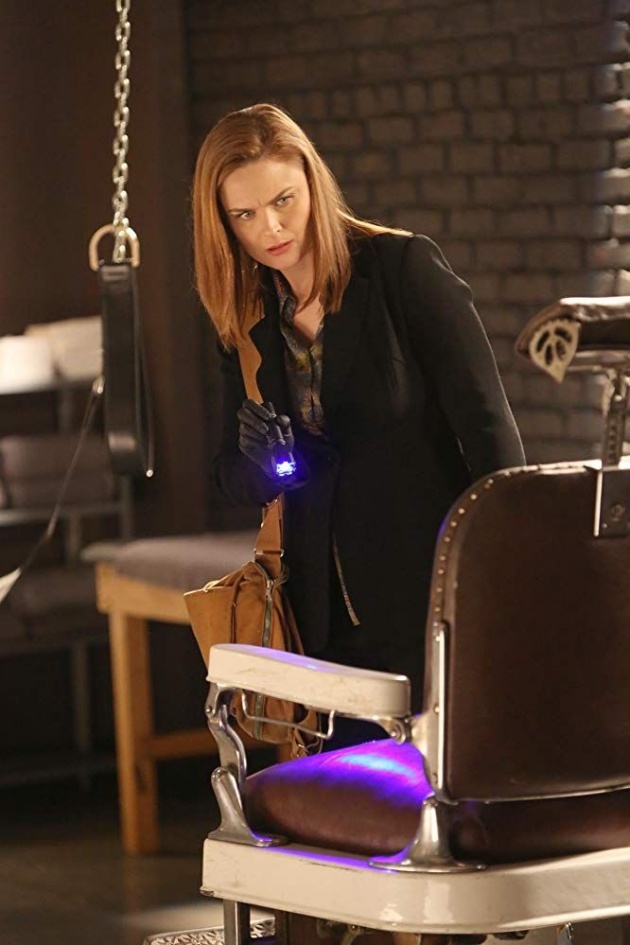 The torture, on further inspection, proves not to be torture, but discipline. Something Hutch did regularly, with a licensed therapist, and he even had a special soundproofed room for it. The therapist says that Hutch felt bad about making money from stirring up the worst in people. And that he was thinking of quitting. His quitting would cost the show a lot of money, so there are millions of motives already, but is that why he died?

Bones - The Purging in the Pundit Trailer