Bones - The Recluse in the Recliner 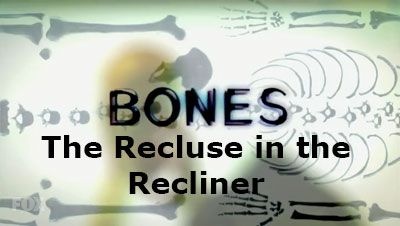 "The Recluse in the Recliner" is episode twenty-four of season nine of Bones, the forensic drama television series loosely based on the novels and life of anthropologist Kathy Reichs, and the season finale. In this episode, the investigation into a conspiracy takes a lethal turn. 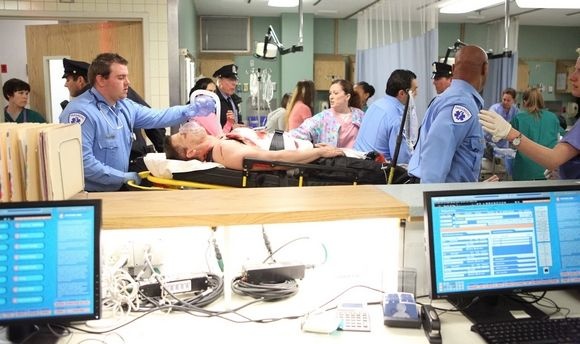 Booth is in the Emergency Room

The episode opens in an emergency room at 9:23 PM. A man arrives with gunshot wounds - and the man is Booth. Brennan arrives as Booth is being taken to an OR; he does not look in a good way. The nurse won't allows Brennan into the OR.

Then the episode goes back two days. Booth and Brennan are at home and she is testing him on his knowledge of German. There is only a Congressional panel to go before in order for Booth to be named head of the new Berlin field office. Booth still does not seem hugely interested in the job. Then he gets a call to his secure line from someone he doesn't know who asks if Booth is looking into the truth about the McNamaras and the FBI.

Evidence of a Cover-up

In "The Nail in the Coffin", the Ghost Killer was finally identified. Identified, because she was already dead. The Ghost Killer was Stephanie McNamara, and someone who had been framed for a murder she committed killed her. There was evidence suggesting fairly extensive cover-ups, and that someone in the FBI was protecting the McNamaras. 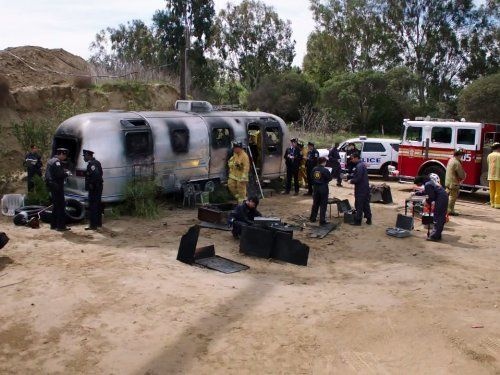 There's a Body at the Location

Booth agrees to meet the man who called him on his phone, and has the call traced. When he arrives at the FBI, Sweets says that the call came from a burner phone, but the location is known. And the fire department is already there. With a body on scene. 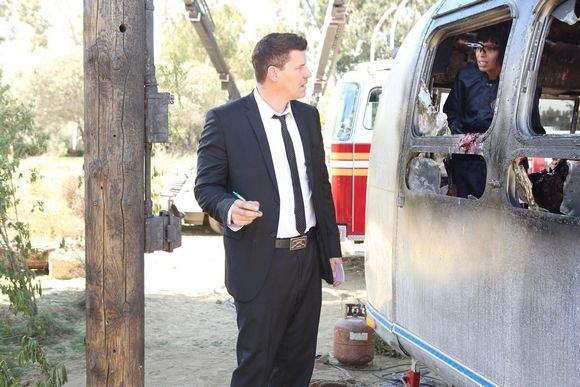 The location is a trailer, one that is burnt out. Cam says that the fire department are calling it an accident, and that the person in the trailer is believed to have fallen asleep whilst smoking. 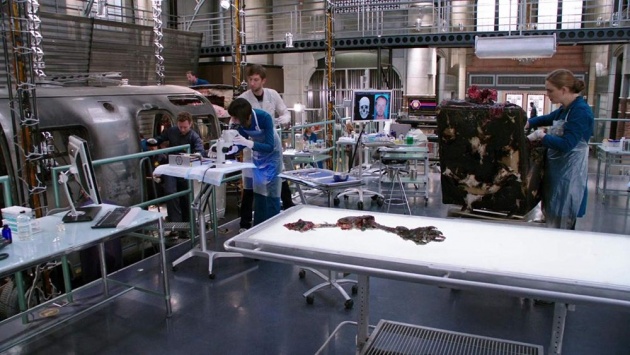 Not an Accident - Murder

The victim has exploded and the body is fused to the vinyl recliner. There are bits of body all over the trailer, so it all needs taking in to the Jeffersonian. The blast came from the victim's stomach, but the trailer's circuit breaker was fused in the off position. It seems unlikely that the dead man turned the power off before accidentally setting himself on fire. So, if this was the person Booth had arranged to meet, someone has killed him to stop him from talking.

Unstable, But Perhaps Not as Unstable as it Appears

The owner of the trailer was a Wesley Foster, and the remains match up showing that he is the dead man. A former journalist at the Chronicle, Foster's career fell apart five years ago, as did his personal life. Since then, he has maintained a conspiracy blog and Sweets says that Foster was definitely unstable. If he was killed for what he knew, Foster was not quite as unstable as he might appear. Booth wants to keep this a secret from pretty much everyone, including the deputy director. 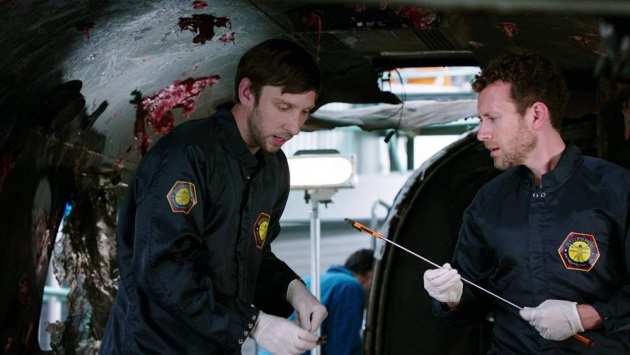 Fisher is Attempting to be Cheerful

Fisher, who is finding this murder an affront to his new attempt to be more cheerful about the world, is having problems removing the bones from the vinyl. It's also discovered that something was forced into Foster's mouth - he would appear to have had alcohol poured down his throat. Foster's hard drive has been taken but Hodgins says that someone like Foster would not have kept his documents on a hard drive. Because Hodgins wouldn't have in his position.

The Dead Man Worked for the McNamaras

Foster's last job was as a night janitor for a security services company belonging to the McNamaras' empire. They provide consultants to the FBI and the State Department. Caroline is unable to get a warrant - national security is claimed. 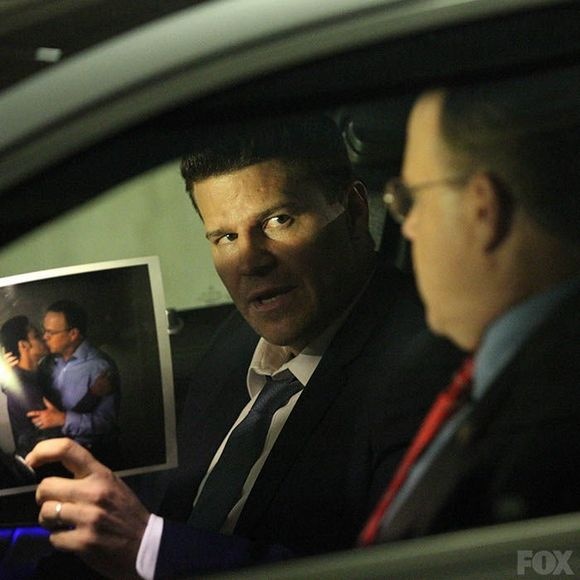 Lots and Lots of Blackmail Material

Foster was keeping his data secret, and when it's discovered there is a lot of material that could be used to blackmail a lot of people. For anything. Power and getting others to do what's wanted. Whoever it is is well connected, well embedded - and very dangerous. 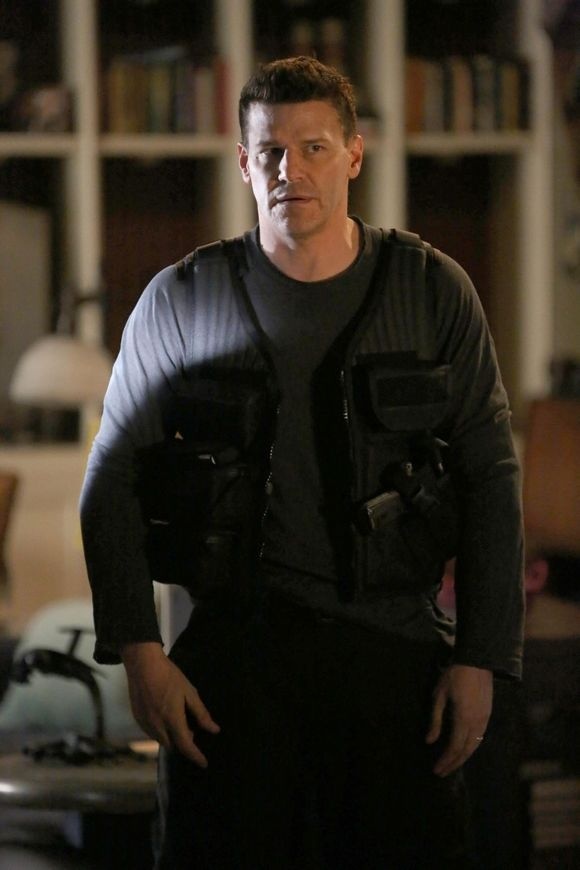 Booth attempts to throw whoever they are after off, but, as could be concluded by the opening of the episode, this is not successful. Matters quickly start getting a lot worse and the season ends with a cliff-hanger leading into season ten and "The Conspiracy in the Corpse".

Bones - The Recluse in the Recliner Trailer