Bones - The Repo Man in the Septic Tank 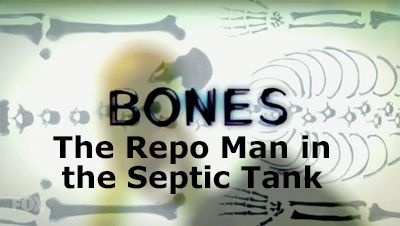 "The Repo Man in the Septic Tank" is episode seventeen of season nine of Bones, the forensic drama television series loosely based on the novels and life of anthropologist Kathy Reichs. In this episode, the bot of a repo man who drowned in a septic tank is discovered.

Superman and Jesus - They're the Same Really

Booth is talking about Christine going to church. Brennan wants to know if she'll be taught about the Crusades and the Inquisition as well. And suggests that Booth should also read her a Superman comic, as Brennan sees no real difference between Superman and Jesus. Both being mythical beings with supernatural powers. Booth points out that Christine has already been baptised but Brennan says that was for Booth, not Christine. So Booth is relieved to get a call about a dead body in a septic tank in Virginia, and says that they need to go there. Brennan says, in order to avoid contamination of the site, the entire tank needs bringing back to the Jeffersonian. And states that this is a need, not a desire. 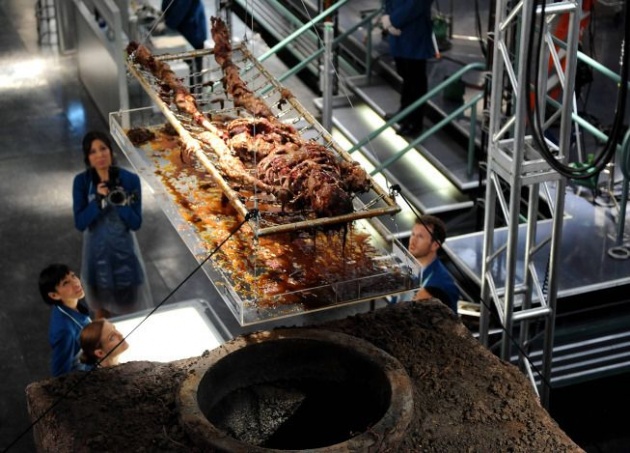 The Septic Tank in the Jeffersonian

The tank - it's pretty big - is wheeled into the lab and Cam tells Brennan that they have a potential new intern. Brennan doesn't want one, but Cam also says that they have no available interns, and that she should check out the new man's resume. He is a Dr. Rodolfo Fuentes, the former chief forensic anthropologist of Cuba, but he has defected to the U.S. and his Cuban doctorate is no good there, so he's studying again. The Secretary of State also apparently wants Dr. Fuentes to intern. Dr. Fuentes says that he is exceptional; Brennan says that he is only exceptional if she says so.

How to Get Christine to Church

Booth speaks to Sweets about spirituality and religion, wanting an argument for Brennan to let Christine go to church. Sweets says that he should make an argument that doesn't rely on a spiritual component. This matter crops up a few times in the episode. 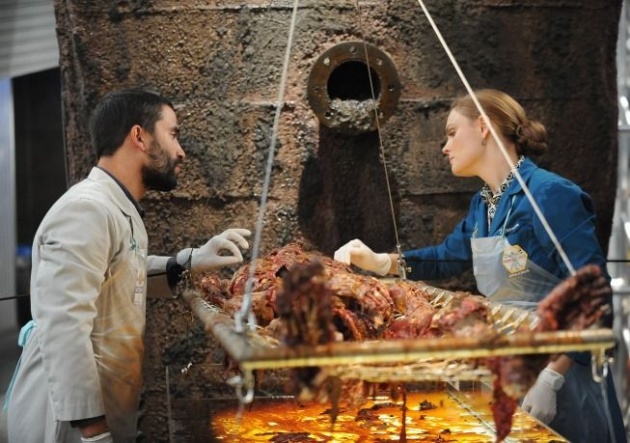 Brennan sends Fuentes into the tank in a hazmat suit to check for bones, as they are missing some. So that he knows his place, as he is very confident (Brennan finds him arrogant and a bit overconfident; others refrain from pointing out that she's essentially described herself. Fuentes also proves charming and rather flirtatious, but Brennan does start accepting him eventually). Fuentes states that he has found cause of death whilst in the tank - the man died in it. And, indeed, he did - he drowned in the tank (yuck!).

An Ex-Con Who'd Turned His Life Around

The bones shows signs of a six month old stab wound that Fuentes says looks like one caused by a prison shiv. There is a tattoo on some of the remaining skin, which allows the dead man to be identified. He had just finished two years for grand theft auto and his parole officer says that he is surprised that something bad had happened to Benny. For he had no issues, seemed to have turned his life around and was working as a repo man. Although there was a $1.2 million lawsuit related to a job.

Benny's boss says that she liked him (although she takes an instant dislike to Sweets) and that the lawsuit was just a nuisance suit, and that all of her guys carried a digital recorder when on a job. Benny was living at the yard, for he had very little money, but the recorder is missing. One man claimed that Benny ruined his life when his food truck was taken. This was because he's dealing drugs out of it, but he has an alibi - he was buying more drugs after his stash got taken with the truck.

A Series of Unfortunate Events

Benny appeared to show signs of being attacked, or beaten, but this turns out to be from a car accident. It seems that he was in a car crash, got chased through the woods and then dumped alive in a septic tank. But by who, and why? 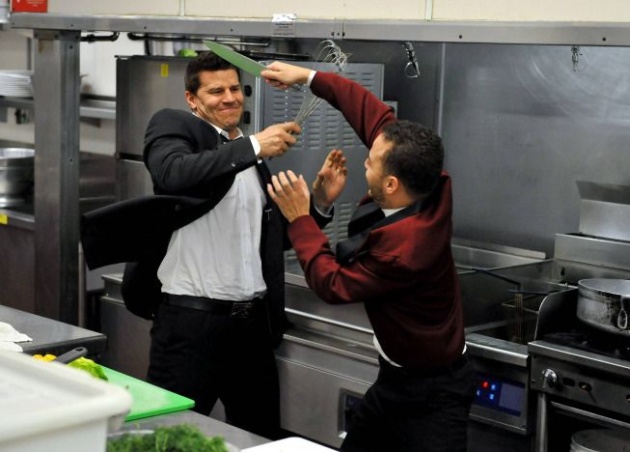 There is a rather funny fight scene in a kitchen using various improvised weapons.

Bones - The Repo Man in the Septic Tank Trailer