Bones - The Source in the Sludge 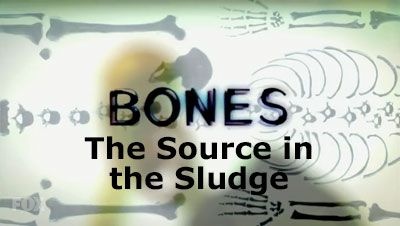 "The Source in the Sludge" is episode sixteen of season nine of Bones, the forensic drama television series loosely based on the novels and life of anthropologist Kathy Reichs. In this episode, the body of a dead Afghan national and CIA asset is found dumped in a lake in a bag.

Cheating for a Fishing Tournament Reveals an Unexpected Corpse

The episode opens at night with two men carrying a fish to a lake. They are planting the fish there for a fishing tournament the next day. The more reluctant man of the two spots a yellow duffel bag and goes to check it out. Inside the duffel bag is a decomposing body.

Brennan States She Will Live Longer than Booth

Brennan and Booth are in the diner and Booth is getting another cup of coffee. Causing Brennan to comment that this is one of the many reasons she will outlive him. Which is not quite apropos of nothing, but because the insurance company has assigned her a higher level of risk than Booth. Which she finds annoying. And it crops up a number of times during the episode. Booth is digging himself deeper - which he realises; there's no way he is going to come out of this discussion well - but, fortunately, the phone rings. 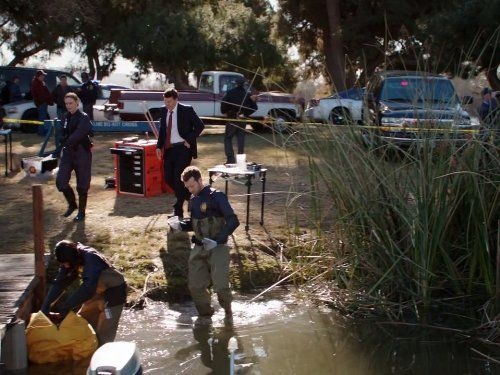 A Body the Killer Wanted Found

At the crime scene, a comment is made that surely if the killer wanted to hide the body, they would have weighted the duffel bag down (plus, although this is not remarked on, not placed it in a bright yellow bag). Which leads to the assumption that the killer wanted the body to be found. As the bag is being removed, a lamprey eel wriggles out of it. 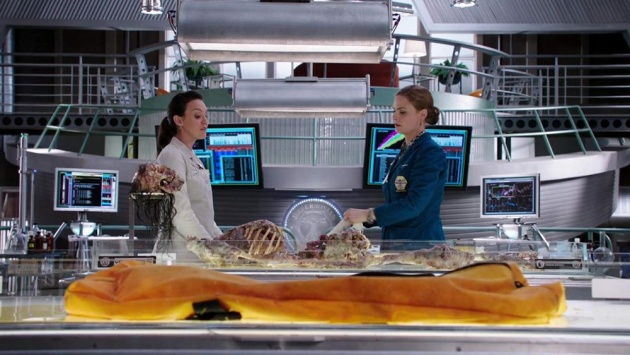 There's Something on Daisy's Mind

At the Jeffersonian, Daisy is examining the body and states that it's a Caucasian woman. Which Brennan disagrees with. According to Brennan, the body shows signs of multiple ethnicities, placing the victim as having come from the great East-West trade routes. One of the 'Stans, according to Daisy. This is one of many mistakes that Daisy makes; there is clearly something on her mind and she finally admits what it is to Sweets.

One of the bones has a pin in it that was used to repair the damage. The pin is one of a number that were shipped to Afghanistan, and it traces back to a Sari Nazeri from Afghanistan. She and her brother Aziz were granted political asylum in the U.S.; Sari had helped locate terrorists in the country. 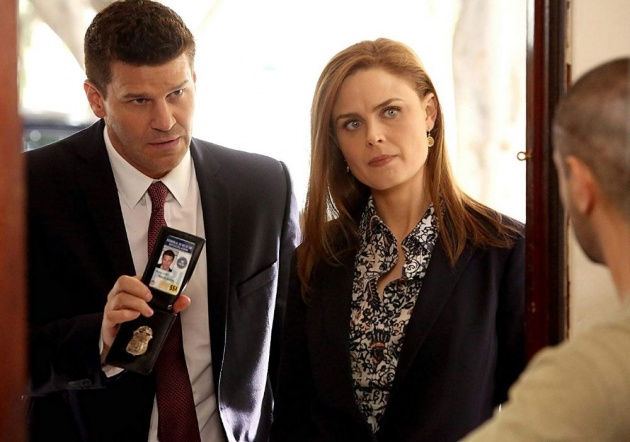 At Aziz's house is someone else; Danny, Booth's old Army buddy and now a CIA operative, last seen in "The Secrets in the Proposal". The brother blames Danny for not keeping his sister safe. He also appears to be less happy with his new country than his sister was. 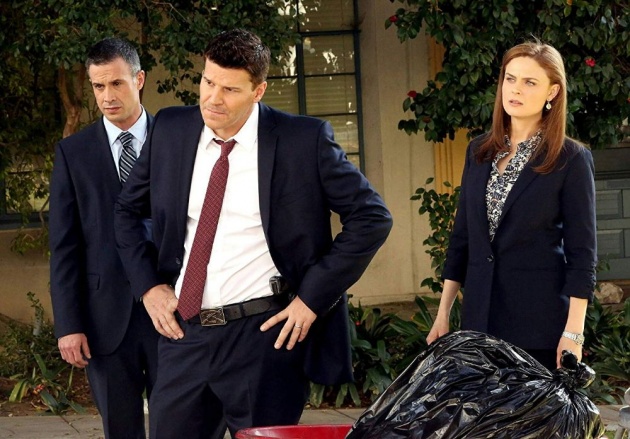 A Method Linked to a Known, but Supposedly Dead, Terrorist

Aziz says that it must be Ibrahim who killed Sari. This was a person that Sari had helped target in a drone stroke, one in which she herself was injured. The way the body was disposed of, especially the eels, all point to Ibrahim's methods, and he would certainly be out for revenge if he survived the attack. A prison guard who was serving at the prison that Ibrahim was held in before he escaped due to a truck bomb says that Ibrahim is very dangerous. There is a fear that Ibrahim is in the U.S. and planning an attack.

A Minor Twist that Can Be Easily Spotted

How Sari died proves difficult to determine, and she appears to have been held captive for a couple of days prior to her death. Which appears to make no sense. Surely Ibrahim, if he was alive, would have just killed her. There are other matters that seem to make no sense, but these are linked to a minor twist that can easily be seen coming.

Bones - The Source in the Sludge Trailer