Bones - The Strike in the Chord 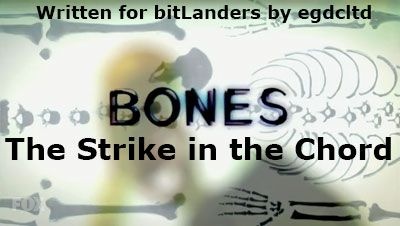 "The Strike in the Chord" is episode sixteen of season eleven of Bones, the forensic drama television series loosely based on the novels and life of anthropologist Kathy Reichs. In this episode the director of an a capella group is found dead and eaten by rats.

These Rats Are Not Being Starved to Death

This episode opens with a young man and woman sneaking around a building at night. The man says that when they were going to do something crazy tonight, this wasn't what he had in mind. The woman swipes a keycard and says that someone has to do something, as the poor rats are being tortured. She seems rather more upset about this than him. She finds a lab and says that this is the one where they are starving the rats to death. However, when the door is opened, the rats are out of their cages, which look to have been deliberately opened. The question as to why the rats are all still there is easily answered - they're eating the body on the floor. The girl screams and the boy - still less bothered - inquires if a hookup tonight is off the table.

Booth is Up Talking to Parker in London

Booth has got some cornflakes when Brennan enters the room. She says he should have woken her, as late night eating is good for the blood sugar. The middle of the night is the most convenient time for Booth to talk to Parker, who is in London. Booth is arranging his and Parker's summer excursion, walking the Appalachian Trail, but Parker's ride - he's going to school - arrives early. Brennan and Booth decide to go back to bed, but they get a message regarding a body at the university.

Cam is Squinty; She Simply Hides it Better

Cam enters the lab with Aubrey, telling him that, as a doctor, it's exciting to be in these bio labs, as many medical discoveries have been accomplished there. Aubrey points out that it's a potential murder investigation. Cam still finds it exciting; Aubrey comments that he always thought she was less squinty than the others. Cam responds that she simply hides it better.

Hodgins says that there are no bugs, because the lab is sterile. Most of the rats are dead - their stomachs burst due to the sudden intake of food - and the three survivors have been taken back to the Jeffersonian. Cam is less than happy about that, but Hodgins says that they could contain evidence.

Pavlovian Conditioning at its Finest

The victim is a male in his late teens and has been dead for around 48 hours. No-one had used a keycard to gain entry to the lab since Friday, apart from the two who discovered the body. A window has been forced and it looks like the killer knew the rats would eat the evidence. A discussion of Pavlovian training comes up, and how the sound of a bell can make a lab rat do pretty much anything. Cam comments that they have very small brains. Then phones bleep, and Cam, Aubrey, Hodgins and Brennan all reach for their phones. Then realise just what they've done. Pavlovian conditioning doesn't just work on lab rats. 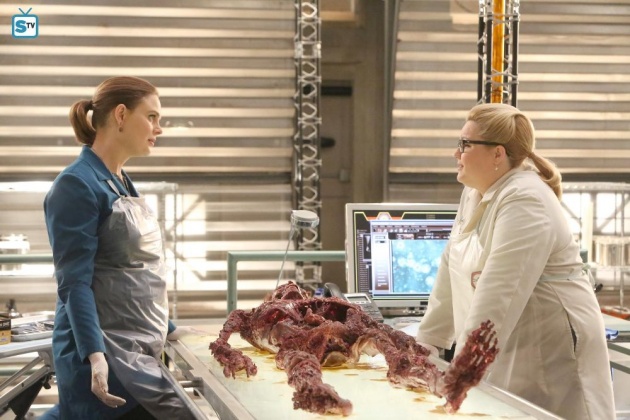 At the Jeffersonian, the victim has an ulcer and chewed fingernails, a sign of stress. The new intern is a Ms Mills, who has waited five years for this opportunity; she is part of the work study programme. They are pleased to see her, but Ms Mills doesn't get off to a great start. Brennan tells her that her job is to come up with findings of her own, not simply rephrase Brennan's words.

A Dedicated Member of the Whippersnaps

Hodgins has given the three rat survivors a rather luxurious cage and Angela's facial reconstruction has ID'd the victim as a Scott Hill. When Scott's roommate is told that Scott was found dead the previous night, he tells Aubrey and Booth that's awful - and he has to go back to studying. He says that he wasn't close to his roommate; they didn't get in each others' way, which is why it worked. Scott was dedicated to the Whippersnaps, an a cappella group that Aubrey says are very popular and very good. 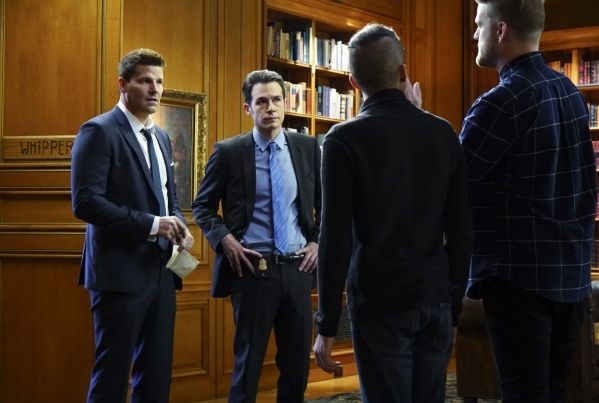 Scott was the director and the group now has an interim one, as there's a big championship upcoming. One Aubrey knows about. When asked for suspects, the group mentions former member Ian Johnson, Scott's former best friend - until he kicked Ian out of the group. Ian says that Scott got rid of him because he said Ian wasn't cutting it, which doesn't look to be true. According to Ian, Scott was acting weird and keeping secrets. 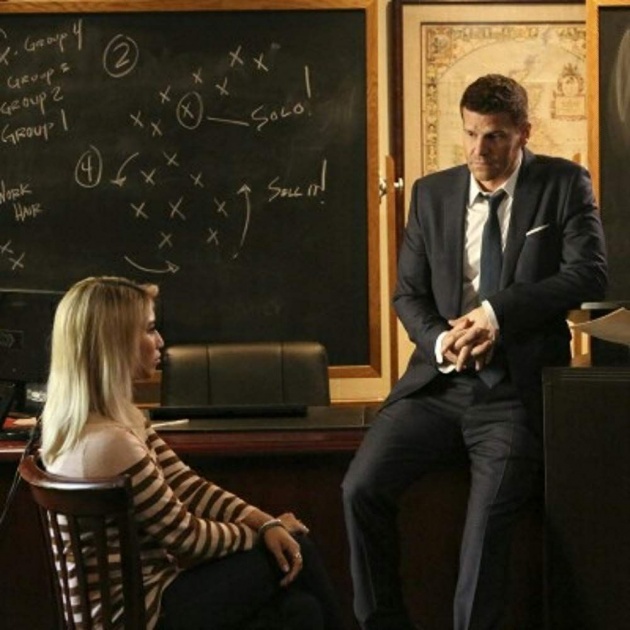 The secret involved a female singer - the Whippersnaps are all male - and a member of the all female group, the Gingersnaps. The lead soloist of the group, Liz Dervan, and Scott were singing together. Scott wanted to do something new with the Whippersnaps - but their bylaws don't allow the admittance of females to the group. So, quite a few people with apparent motives, and the occasional diva too. 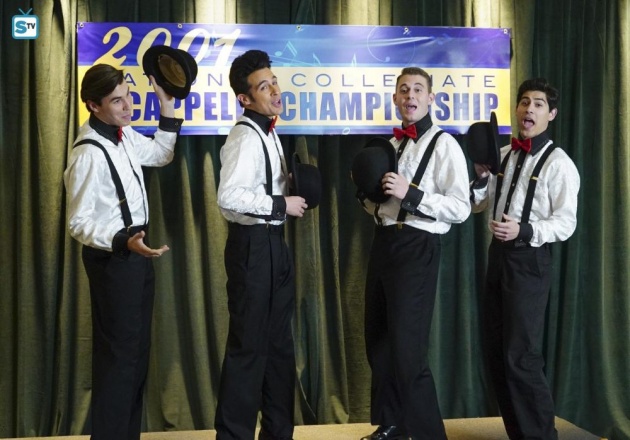 Aubrey Used to Sing A Capella

Hodgins is applying for experimental treatment to try and regenerate his nerves and regain the use of his legs. Angela isn't happy when she finds out - the treatment sounds a little too experimental. Ms Mills really isn't cutting it as an intern, and Brennan doesn't tolerate such, even if she likes the person. Parker wants Brennan to talk to his father; he has been accepted for a creative writing study at Oxford when he's supposed to be going camping with his father. And Aubrey reveals to Angela that the reason he knows so much about a cappella is not from research, but because he used to sing in a group. Aubrey is concerned about Booth finding out. Of course, he's bound to. 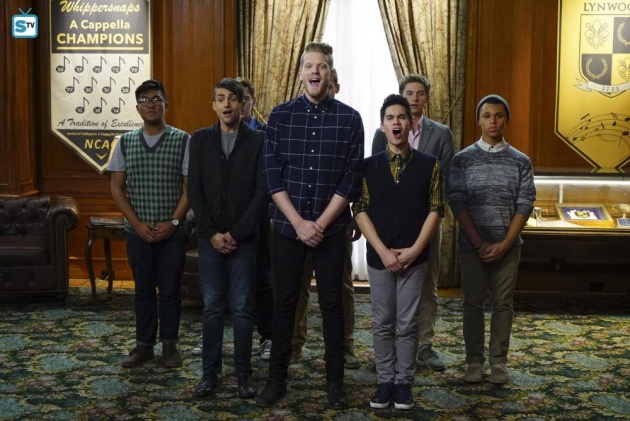 There are three guest stars in this episode, all singers from a group called Pentatonix. No, I'd never heard of them before.

Bones - The Strike in the Chord Trailer