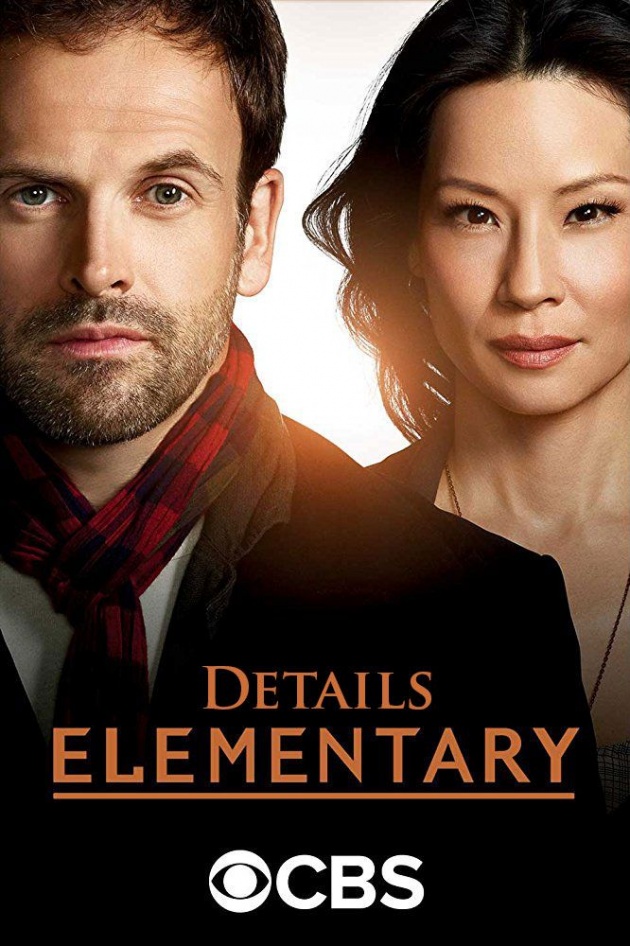 "Details" is episode sixteen of season one of Elementary, the modern crime drama based on Sir Arthur Conan Doyle's fictional detective Sherlock Holmes. In this episode, Detective Bell is shot at and then possibly framed for the murder of the person he believed did the shooting. 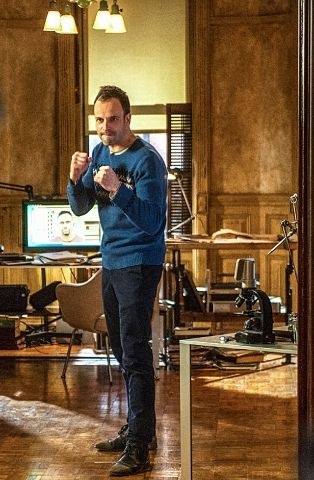 This episode opens with Watson arriving home at night to find the light not working. A masked figure in the dark threatens her unless she tells him where Holmes is. He's also taken the pepper spray out of the drawer. Watson runs away, falls, and the man is revealed to be Sherlock. After the events of the previous episode, "A Giant Gun, Filled with Drugs", Holmes has become concerned for Watson's safety, and has determined to test her readiness to protect herself from assault whilst he arranges some trainers. She is not impressed. Especially when he keeps these attacks up throughout the episode.

Detective Bell is Shot At - By Someone with Appalling Aim

Meanwhile, Detective Bell is heading home when a car drives next to him and the driver opens fire with a weapon, riddling his car with bullets and causing him to have a crash. Fortunately, despite having being shot at at close range with an MP5 with a rifled barrel, every single bullet misses him. The only damage comes from the car crash. Holmes is asked to look into the case, because Bell cannot do it himself. 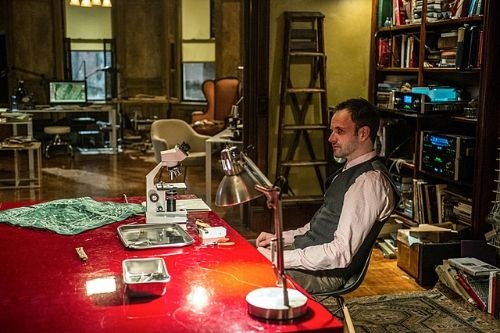 Bell believes he knows who tried to kill him, because he recognised the car. It belongs to a gangster who he helped put inside. For a fairly minor offence, as the man was too competent to get caught with drugs, but whilst inside they were able to destroy his organisation, as his lieutenants were not as careful. The gangster is out again, and he claims his car was stolen, but that he hadn't reported it. Not exactly surprising, but this far too simple a case for the series. Bell also has an ex-con older brother who has recently got out of prison, who decides to help. 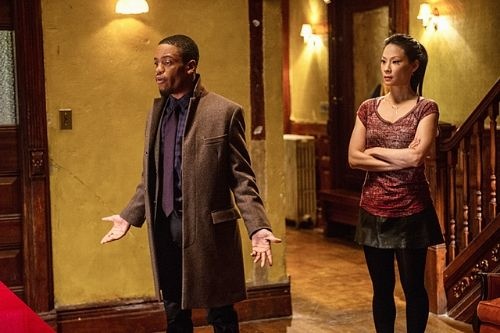 The Gangster Bell Suspected is Killed, and the Evidence Points at Bell

Said gangster is then found shot dead, and the evidence at the scene points at Bell. Holmes does not think he did it though. but he still needs to ask questions. Bell is put on administrative duties during the investigation. Sherlock thinks Bell is being framed. This is a far more complex case than it first seemed. As expected. There's a hint early on about a possible person, but it doesn't seem likely.