Bones - The Fury in the Jury 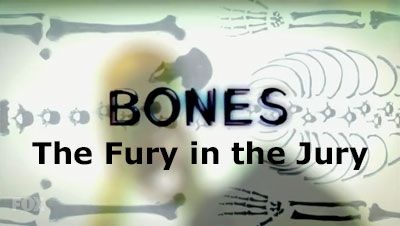 "The Fury in the Jury" is episode nine of season nine of Bones, the forensic drama television series loosely based on the novels and life of anthropologist Kathy Reichs. In this episode, Brennan is serving on the jury for a man accused of murdering his wife. 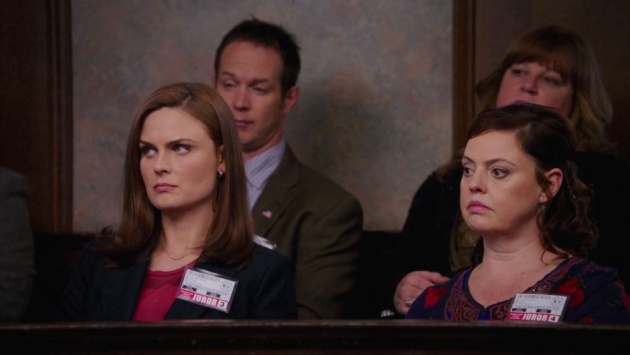 Brennan is On the TV Serving in a Jury

Hodgins, Angela and Daisy are on the platform in the lab. As they are wrapping up a current body, the television is on as well. There is a trial going on for a soccer player, Peter Kidman, who is accused of murdering his wife. Brennan is not there because she's on the jury. Hodgins is convinced that Kidman will be found guilty but Cam, when she arrives, is not convinced, because the prosecution lacks forensic evidence, and without that, Brennan won't vote to convict. Daisy agrees with Cam. Kidman claims that a burglar killed his wife, who was killed with Kidman's own knife, a knife which has not been found. Kidman spends his time at the trial looking smug rather than upset over his wife's death.

Brennan Wants to Relax by Examining a Body

At the trial, Brennan is amusing herself by sketching the skeletons of the people there. Afterwards, she wants Booth to take her to the lab - they have a new body - as she needs to relax. And nothing says relaxation more than examining a corpse that was found on a beach. Booth says that Daisy has everything under control, but Daisy being in charge is why Brennan wants to go in. Booth also hates Kidman, as he thinks soccer is practically un-American.

The Jury is Sequestered

As Brennan is examining the corpse, she gets called back in to the court. Something new has turned up and, with this, the jury is being sequestered until the trial is over. The media speculates that this is because a primary witness for the defence, Kidman's best friend, has swapped to be a witness for the prosecution instead.

Cam is still dealing with the identity theft from "The Cheat in the Retreat" and is basically being given an allowance by the court appointed accountant; the rest of her money is being used to deal with the various liens. Angela is still working on tracking down the person who stole Cam's identity. Given the nature and the timing of the identity theft, I'd actually thought that Christopher Pelant was responsible. Guess not. 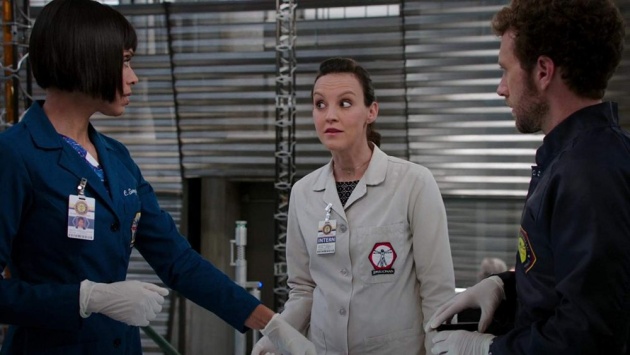 Daisy is in Charge in the Lab

The victim at the lab has a couple of gunshot wounds, but these were not fatal. Daisy is a little nervous about being in charge. Booth and Sweets talk to a fisherman who was arrested for transporting drugs, as the body turned up at the same place as the drugs. He admits to the drugs, although he says he didn't inquire as to what was in the package, but denies the murder. 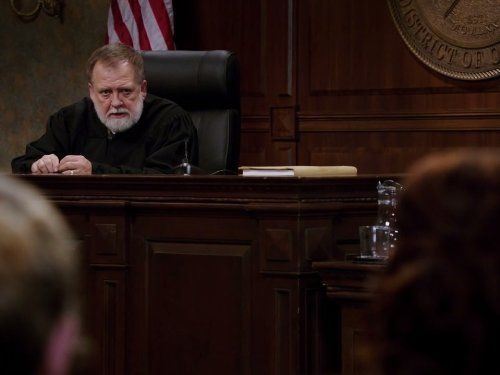 The Witness for the Prosecution is Actually at the Jeffersonian. Dead

At the trial, Brennan argues with the defence lawyer during his summation and, after the jury go to deliberate, states that the prosecution hasn't proved that Kidman was guilty beyond reasonable doubt. And the supposed witness for the prosecution did not turn up. This is because, as Cam identifies the body, he's currently on the platform at the Jeffersonian, dead. Which the jury do not know.

Kidman is found innocent because Brennan convinced the others that he wasn't guilty beyond reasonable doubt. When she is told about the witnesses' murder, she gets rather upset over this. So, Brennan becomes determined to prove that Kidman killed his best friend. Beyond reasonable doubt. That;s the fury in the jury. 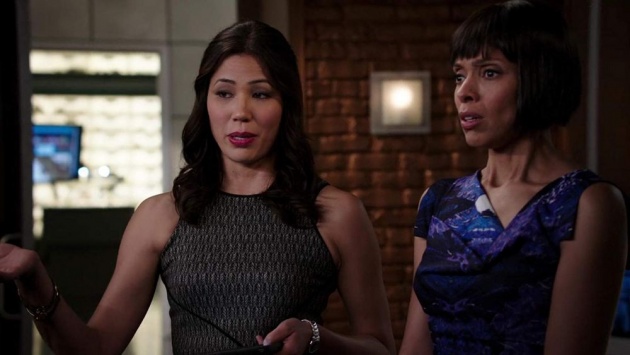 Cam gets a bit of a shock near the end of the episode.

Bones - The Fury in the Jury Promotional Photos