Elementary - The Hound of the Cancer Cells 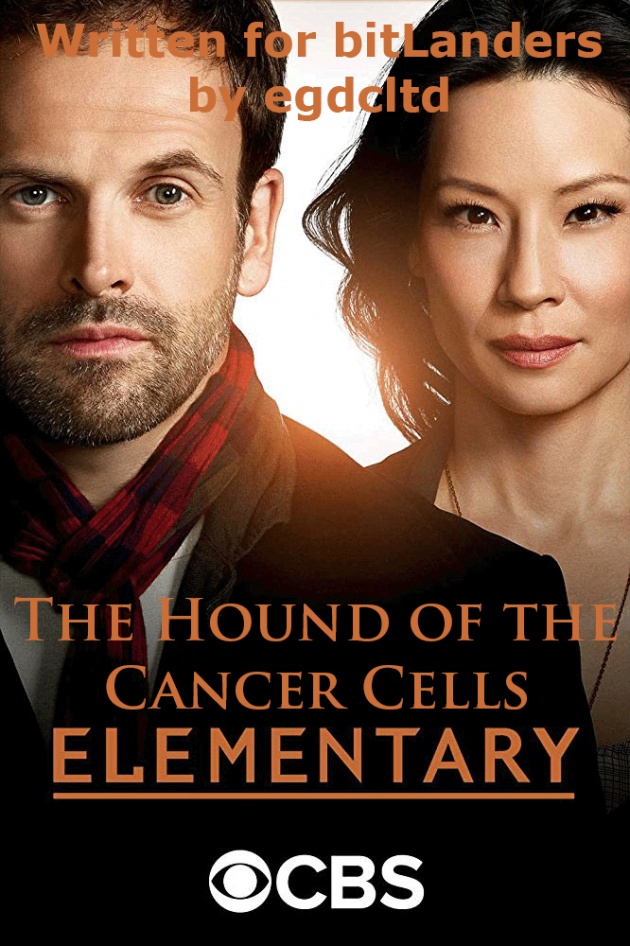 "The Hound of the Cancer Cells" is episode eighteen of season two of Elementary, the modern crime drama based on Sir Arthur Conan Doyle's fictional detective Sherlock Holmes. In this episode, a murder made to look like a suicide leads to Mossad.

Watson is at Detective Bell's desk at the precinct - on which is a paint stirring machine. The machine was a gift from the others in the department as Bell has recertified to carry a gun once again. Bell tells Watson about a drug dealer who killed a boy, and who is suspected of killing others. This time, there is a witness - a teenage girl. But she has now refused to testify and vanished. Bell would like Watson and Holmes to look out for her and see if she's okay; presumably, the killer has threatened her. Bell also invites Watson and Holmes to a party to celebrate his requalification.

A Man Collapses in the Shower

Elsewhere, a man enters a lab after a run and goes and takes a shower. During the shower, he becomes dizzy and eventually falls to the floor. Underneath the door three rubber pipes are sticking into the room and the man's last words are rather high-pitched. 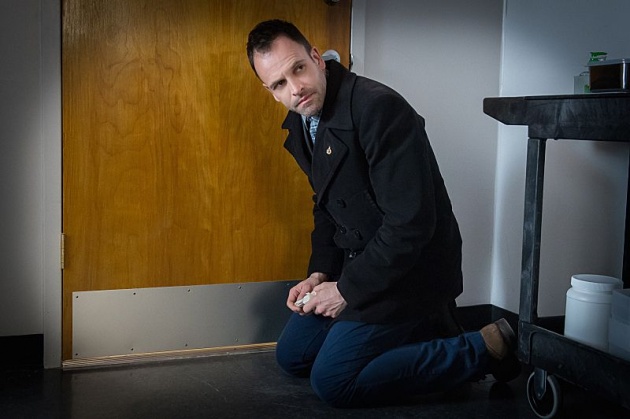 Suicide by Helium? Gregson is Suspicious

When Holmes and Watson meet Captain Gregson at the lab, the man from the shower is dressed and has a plastic bag over his head with rubber pipes leading into it. He has apparently committed suicide - by helium - and there's a suicide note saying that it's true and that he can't take any more. Gregson was suspicious about the death, because the shower is wet and there are dirty running clothes in the bag of the dead man, Dr Barry Granger. Holmes quickly finds evidence of the pipes leading into the shower.

A Means of Detecting Cancer Cells

There are no cameras in the lab, due to confidentiality, and the assistant is reluctant to say anything because of the NDA he signed. So Holmes and Watson go and talk to the person who issued the NDAs. He says that Granger was working on something called the Hound, a means of detecting cancer from breath (dogs supposedly can smell cancer cells, hence the name). There was a trial done, but it was called into question, with an anonymous individual saying the results were falsified. This is what the suicide note was referring to. With Granger dead, the man who owns the company developing the Hound is in deep trouble. 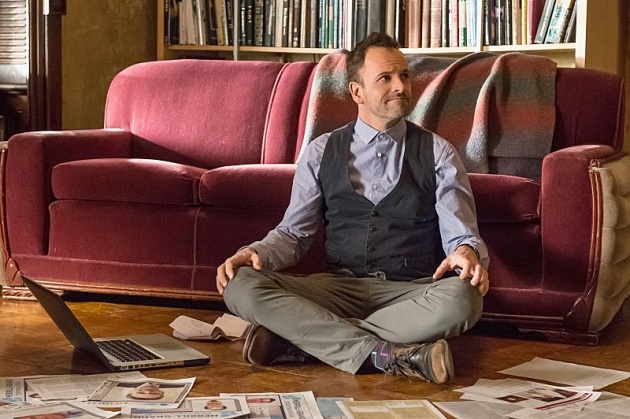 An Anonymous Source Who Finds Flaws in the Work of Others

The anonymous source is one that has called into question a number of other studies. He apparently sits at home, finding flaws in the work of others - often correctly - and then sends in emails. Which Watson says sounds rather like Sherlock. There is also a video of Granger arguing with a woman.

A Fast Exit from Not a Travel Agent

The woman is tracked to a travel agent and says she went to college with Granger. Holmes makes a surprisingly fast exit, and both he and Watson have deduced that the place was definitely not a travel agent. Holmes also deduced that they were the only two in the travel agency without a gun in reach. Hence the exit. When Gregson gets a search warrant for the travel agent, the place has been completely cleaned out. Then the woman, Dalit Zirin, turns up on Holmes' doorstep - and says she is Mossad.

Zirin - who did meet Granger in college - thinks she knows who killed him, and she wants to share that information to stop Holmes from poking around by pointing him in the right direction. Granger had asked Zirin to find out who Adam Pier was, but she didn't, and she believes that Pier killed Granger.

A Lack of Motives and Suspects

Then evidence shows that it Pier did not kill Granger. Nor did he write the email discrediting his work. Clearly someone else did, but there appears to be a definite lack of plausible motives. And suspects. 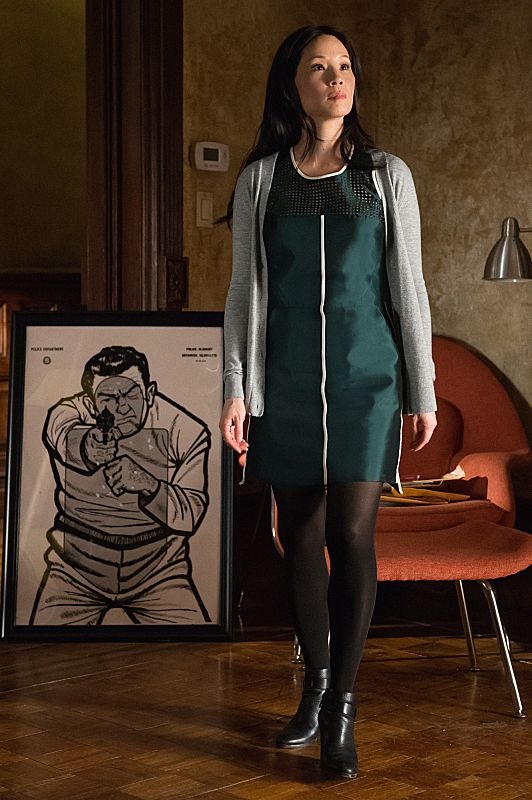 Misanthropy Was So Much Easier

Holmes is uncertain that he wants to go to Bell's party. Not because he isn't happy for Bell, but because he feels that it isn't his place. He later comments that misanthropy was so much easier. The teenage witness has backed out because she is pregnant, as Watson discovers when she finds her. This is a secondary plot through the episode.

The title of the episode is, probably deliberately, similar to The Hound of the Baskervilles, a classic Holmes story.